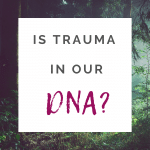 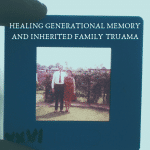 It was originally shared here on her blog.

The study of epigenetics and generational memory, at least as far as its relationship to trauma, is fairly new. Without going into a poor scientific explanation of what epigenetics is, I will merely quote Dr. Jackie Hackett from the University of Cambridge. He says point blank that “…research demonstrates [that] genes … retain some memory of their past experiences.” This quote is from a book entitled, It Didn’t Start With You, by Mark Wolynn. In this book, he encapsulates quite articulately the most recent research on inherited trauma and epigenetics.

The most basic explanation is that trauma does not affect the DNA sequencing itself, but the actual function of the genes. Have you ever bought a car that turned out to be a lemon while other vehicles of the same make and model run just fine?

Then you understand how the same design does not always equal the same function.” 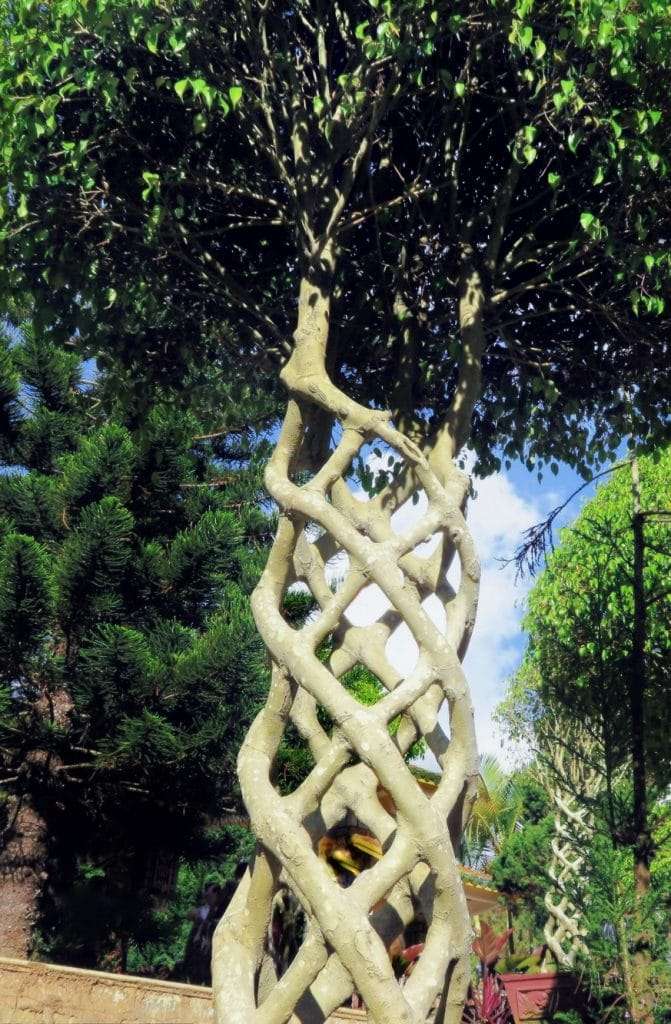 Mark Wolynn gives an incredibly chilling example of epigenetic memory in the case of one suicidal young woman. She suffered from constant anxiety and depression and the desire to “vaporize” herself. Gretchen planned to jump in a vat of molten metal at a plant where her brother worked. In her own words, she described how she would be instantly ‘incinerated’.

Growing up in a relatively normal family, she had no instances of grave trauma in her own life. As Wolynn probed her past, he discovered that her grandmother had been interned in a concentration camp. There she lost nearly all of her family to the gas chambers. 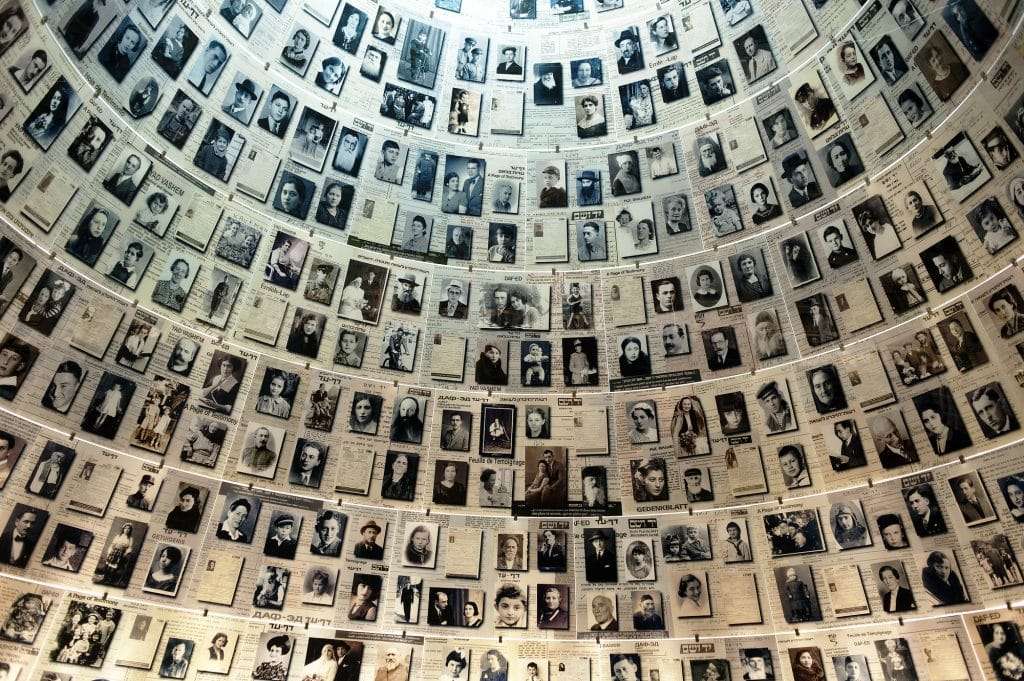 She carried the inherited trauma of the Holocaust from her grandmother who literally witnessed her family be vaporized and incinerated. Wolynn theorized that the survivor’s guilt deposited itself into Gretchen’s DNA.

While Gretchen was able to embrace her grandmother’s memories and detach her own life in order to become emotionally stable, the question remains. How many of us suffer our anxiety and depressions, not because our lives are so terrible, but because the lives of our ancestors were?

Slaves in the 1800’s and before left a heavy generational footprint in the DNA of their descendants, as studies attest. In fact, Dr. Joy DeGruy coined the term, Post Traumatic Slave Disorder, a riff off of PTSD, to describe the increased susceptibility to trauma in the American black population.

Slave owners bear the guilty burden of not only those people they owned but of casting a generational shadow that looms to this day.”

What alarms me about generational memory is not just whatever sins are added up on my cosmic tally, but the sins committed against me have the power to wound those who come after me.

My daughters and I have suffered considerable trauma. But as I look at my ex-husband and his mental illness and personality disorder, I wonder too, if he was caught in some epigenetic web.

One of the foundational ironies of our marriage did not reveal itself until years after our divorce. One of my daughters had to do an ancestry project. She discovered that my side had Jewish roots that perished in World War II. On her father’s side, she discovered a Nazi soldier.

And so it played out like an old movie reel in our lives. The petty tyrant, the home-bound fascist tormenting his little victims. Even the words he used towards me echoed the language of the Nazi propaganda on the posters, where Jews looked more like rats than humans.

Could it be that we were playing out our own epigenetic holocaust? One of the terrible truths about torture is that those who engage in torture are as traumatized as their victims. In sending in soldiers to use “enhanced interrogation techniques”, are we then condemning their children and grandchildren to unspoken, unrecognized but life-altering traumas?

We harm the innocent children of both perpetrator and victim in a future that we ignore because we cannot fathom it.”

Most adults can point to patterns in their family history. That addiction, as well as talent, has genetic weight is obvious, as well as other types of behavioral patterns. But we are in the habit of attributing these things to learned behavior more than the luck of the genetic crap shoot.

Epigenetics and inherited trauma suggest that the interconnectedness between us and our forebears goes far deeper and carries more impact than previously suspected. 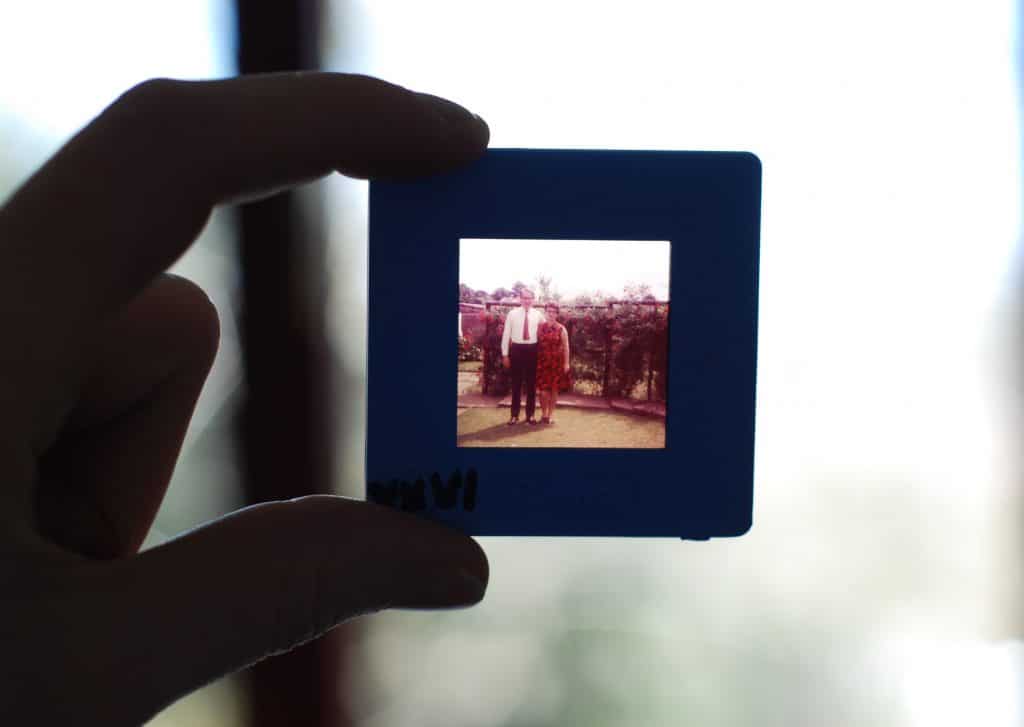 Generational curses are carried for generations. I can’t help but think that inherited trauma is a generational curse. We mistreat others, traumatize them with abuse or rejection, war or neglect, and then in doing so, we condemn ourselves and our children and children’s children.

The current battles of white supremacy echo the sins of the past. Could it be that epigenetics is playing its trump card?

I believe that each of us is responsible for our own actions. The best part of the book, It Didn’t Start With You, is that it gives a thoughtful explanation of how to go prospecting for the generational memories that need to be laid to rest. He shows us how to comb through our core language, the words that crop up in our minds over and over again.

Looking closely at the stories in our families, we do have the chance to heal the ancient ruins, reestablish the boundary lines of our heritage.”

But make no mistake. Your generational memories, the lives of those who have gone before you, leave their stories in the inherited trauma you carry in your epigenetic scrapbook.

Suddenly the decision to live right, to love well, and to face life with courage and faith becomes urgent. The stories that spring from affection and integrity are the ones we hope to write in the lives of our children and their children. 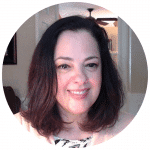 Alice Mills is the brilliant voice behind Poema Chronicles where she she writes about inner healing and the beauty of God’s work in each of our stories.