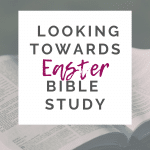 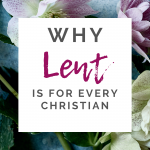 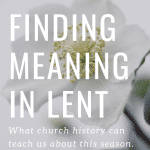 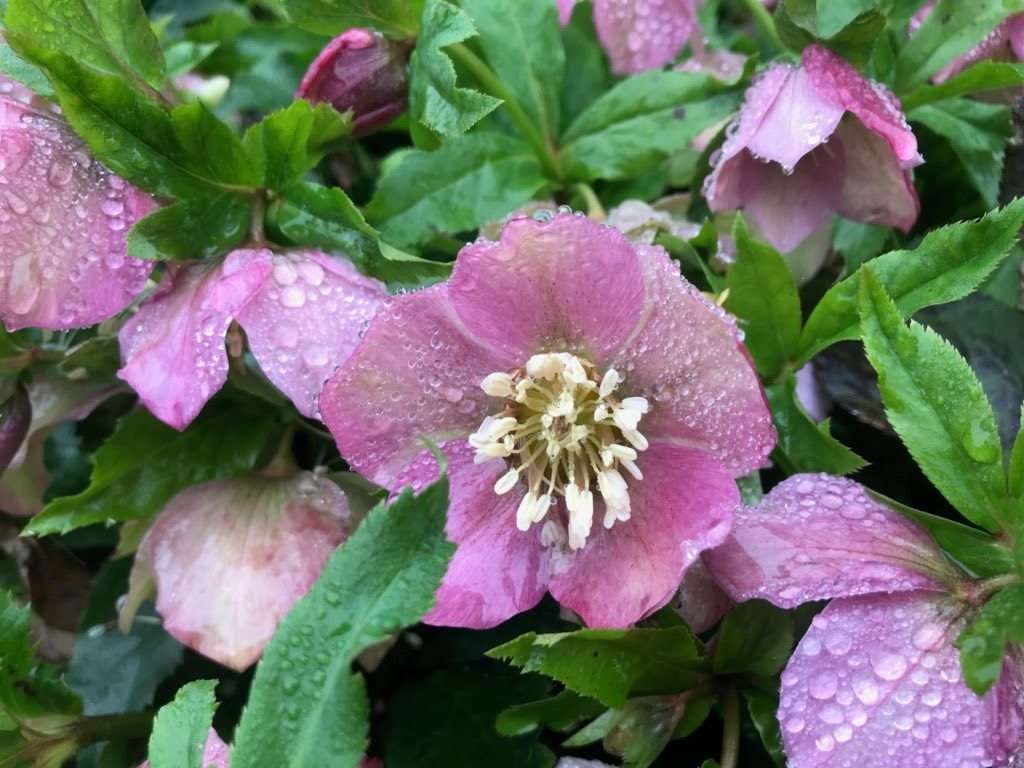 Is Lent part of your spiritual practice? Chances are it’s something you’ve heard about, but not engaged with personally, as much of United States Christian tradition has neglected these ancient church practices.

However, the spiritual rhythms of Ash Wednesday and Lent leading up to Easter aren’t just Catholic practices as many assume. These traditions have actually been around much longer before the Catholic church existed and can add richness to our Easter celebrations.

To understand Ash Wednesday and the meaning of Lent we need a little background in church history. The early church saw themselves as all one church and identified based on their city, such as the church in Corinth or the church in Philippi. When disagreements arose the churches would gather for councils to discuss the issue at hand and come to agreement.

Most notable of these councils is the First Council of Nicaea in AD 325 and the Synod of Alexandria in AD 362. The First Council of Nicaea affirmed Christ’s deity and established the celebration of Easter based on a Christian calendar instead of following the Jewish calendar as had been done previously. This united the Western and Eastern churches as there had long been disagreement on when to celebrate Easter. 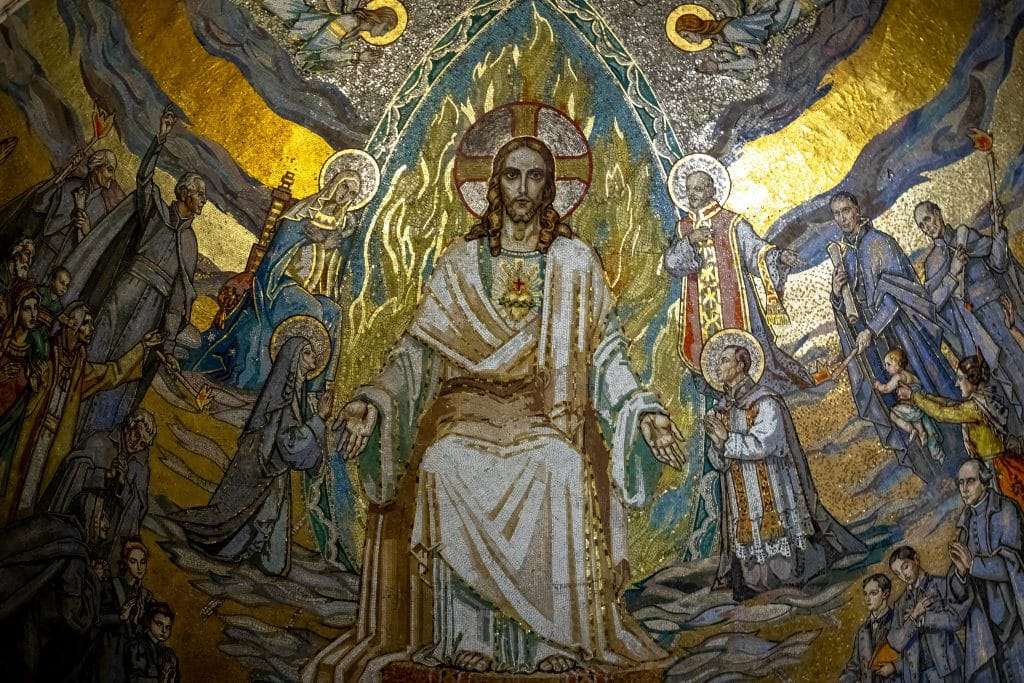 Eastern churches didn’t appreciate this power grab and instead of meeting for a council to settle some theological disputes that had also arisen at the time, the churches split into the Roman Catholic in the west and Eastern Orthodox. The Catholic church as we know it today came out of the Protestant and Catholic split predicated by Martin Luther’s 95 Theses in AD 1517.

For more on church history I highly recommend Christian History Made Easy by Timothy Paul Jones.

A Return to Unity

So what does all this have to do with Lent and Ash Wednesday? It’s helpful to understand that these Christian traditions have roots much deeper than the denominations of churches today.

While these traditions are most commonly celebrated by more liturgical congregations, there is no reason Evangelical, Charismatic, or other denominations can’t find meaning in celebrating Ash Wednesday and Lent as well.

In fact, celebrating Ash Wednesday and Lent as a preparation for Easter is a unifying return to early church roots and can create unity among the church at large in our day as well.

History and Meaning of Lent and Ash Wednesday

Though not widely established as a holiday until the end of the 10th century AD, the celebration Ash Wednesday originated in late AD 500s to mark of the beginning of the Lenten season. The practice of using ashes as a symbol of confession and repentance of sin began even earlier in 1st and 2nd century AD.

Ashes throughout biblical history have symbolized mourning and the ashes used on this namesake Wednesday are a sign of contrition, repentance, and mourning one’s sins. 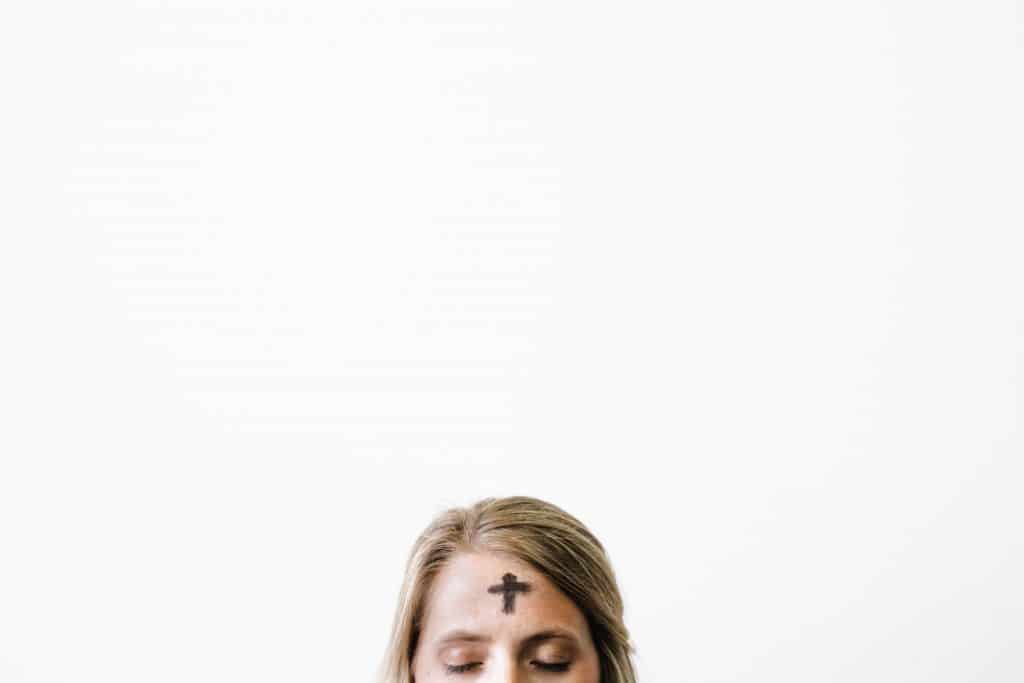 Even before Ash Wednesday was established, early Christians celebrated Lent as a reminder of the 40 days Jesus spent fasting in the wilderness after his baptism. Though shorter in celebration, early church writings from the late 1st century mention a season of self-denial and contrition in preparation for Easter. And the First Council of Nicaea also discussed a 40 day season of fasting leading up to Easter celebrations.

The word Lent originates from the Old Dutch word for “spring time”. Though there is not a clear date when Lent began being used as the term for this season it is safe to assume it started sometime in 5th century AD. How Lent is counted and celebrated still varies depending on denomination but the focus remains the same – it is a season for fasting, prayer, and meditating upon the significance of Easter.

The Lenten calendar most widely used today in the US follows the Western church’s tradition of fasting Monday through Saturday from Ash Wednesday to Holy Saturday (the Saturday before Easter Sunday). Because Sundays are not counted, there are more than 40 days between Ash Wednesday and Easter even though Lent is referred to as a 40 day season.

Making the Meaning of Lent Personal

Maybe you already observe Lent each year or maybe this is a totally new spiritual practice for you, but I invite you to be intentional in this season. Celebrating Lent doesn’t have to be about legalism and strict adherence to tradition, it can actually be a return to the simplest roots of Christian practice and unity across denominations. In celebrating Lent we actually increase our anticipation of Easter and deepen the significance of that blessed Sunday when it arrives.

Some Free Resources to Help you Lean into Lent this Year 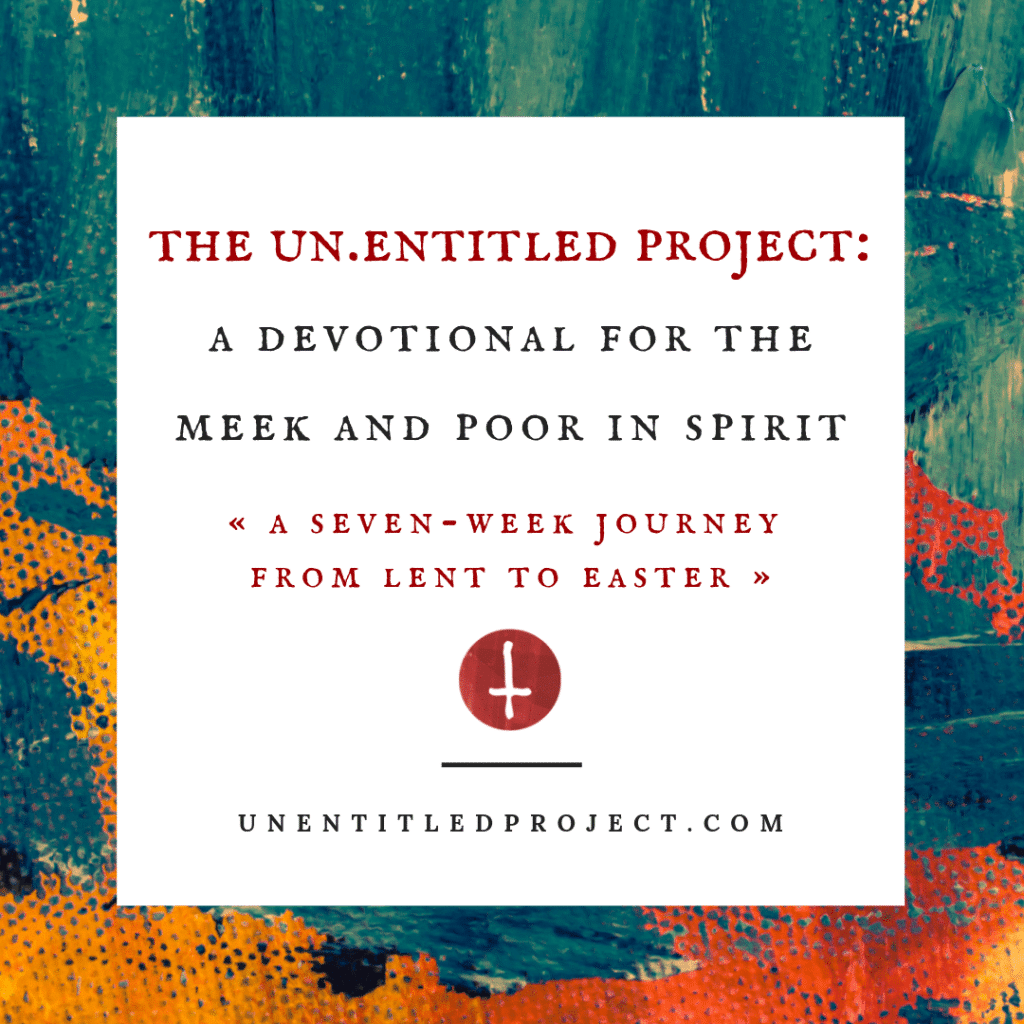 This free seven week devotional from my friend Stefani will guide you through a personal journey of rejecting entitled spirituality. I’ve encouraged her to put together a devotional for years now and am so excited to share what she’s written!

Each of the themes and readings are designed to center our minds, prepare our hearts and challenge our spirits to develop the difficult discipline of self-denial—to renounce our spiritual entitlement and embrace unconditional surrender to Christ. 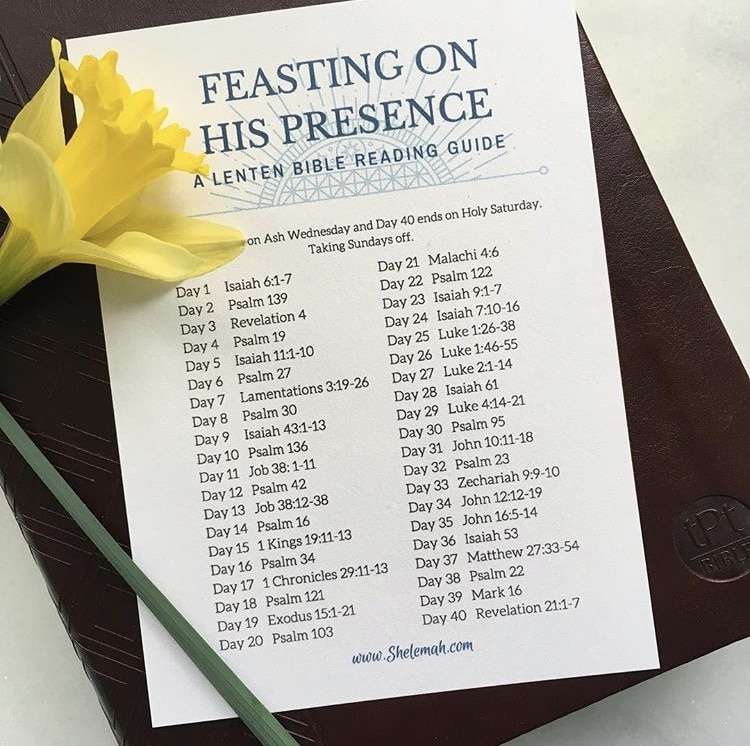 This free 40 day Bible reading guide gives you short daily sections of scripture to feast upon God’s presence as you fast through the Lenten season. You can print it at a quarter page size on card stock for a bookmark. Subscribe in the box below to get your free download. 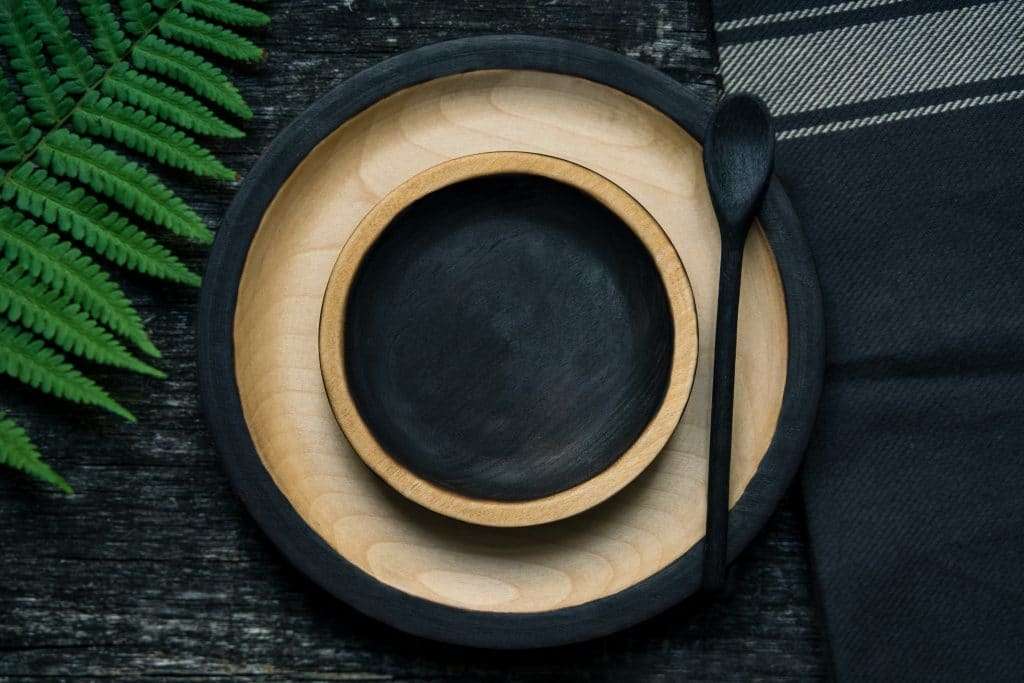 If fasting is a new discipline for you, check out this post to learn more about types of fasting and how it can benefit your body, mind, and spirit.

While simply focusing through Bible study can provide a rich lenten experience, fasting is another way to deepen your spiritual hunger and heighten your sensitivity to the Spirit.

There are many varying traditions of what and how to fast during Lent, but the most common are a partial fast of meat or other rich foods. Fish is considered acceptable even during a fast from meat as it does not contain blood. This is why you’ll see some Chick-Fil-As offering a fish sandwich during Lent.

Whatever and however you decide to fast, the focus ultimately is not on what is given up, but on what is gained through creating space and hunger for God to fill.

Scroll to Top
528shares
528shares
We use cookies to ensure that we give you the best experience on our website. If you continue to use this site you are consenting to the use of cookies. OkRead more