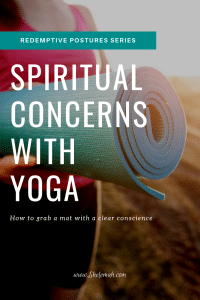 Yoga is a hot button topic in Christian circles. There are plenty of articles out there for and against it and most of the secular world just looks on shrugging their (nicely limber from yoga) shoulders at Christians finding yet another thing to be against and divide over.

My goal is not to convince you to participate in something you feel God is telling you not to. My goal is to help you think more critically and logically about yoga and we don’t think so well when we’re reacting out of fear.

To be clear in terminology, yoga can refer to the Hindu spiritual traditions that most articles are freaking out about, but yoga can also mean the isometric exercises that have become popular in western fitness.

Why all the panic over Christian Yoga?

The common objection to yoga is that it is rooted in Hinduism and therefore Christian yoga is impossible. Some say that the poses in yoga were intended as antennas for attracting false gods. Other objections focus on the meditation and chanting that are often used.

Meditation is seen as dangerous because it involves emptying one’s mind and focusing on a single word or phrase.

And the greeting commonly heard at yoga classes, Namaste, has been criticized because it means, “I bow to the divine in you”; which many view to be pantheism.

Among other criticisms, some have warned that yoga practice is a slippery slope into New Age. And more spiritual concerns warn against the kundalini spirit that is focused on in some types of yoga.

With all these objections it would be easy to just run and hide from all things yoga. Christians have long been in the habit of circling the wagons and hiding.

But what if, instead of turning tail and running from what is shown to be a very beneficial form of exercise, we took a redemptive posture and sought to find the good in yoga?

When God created our world He said, “it is good” (Genesis 1:31). Not, “Good only if we rebrand it as a geeky Christian version”. Not, “Good as long as we stay within these restrictive boundaries and follow all these rules”. He just said it is good.

We didn’t start worrying about good until the option of evil was introduced. We know that Satan cannot create, he can only twist, so even the things of this world that we see as twisted have some redeemable quality that God originally intended as good. 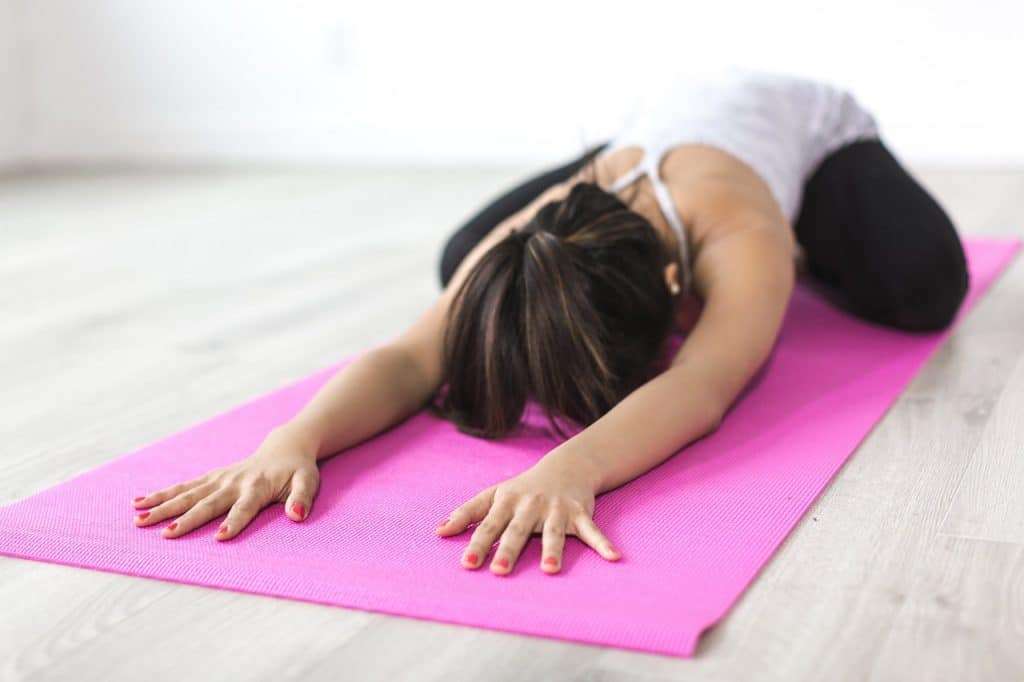 God made the human body and all the ways that it can stretch and move. So even if some yoga practitioners intend certain postures to attract demons, the issue is with the intent, not the posture.

As a Christian you can safely stretch and move your body without fear that a posture will inherently attract demonic presence. It’s what’s inside the cup that matters (Matthew 23:26-28).

In fact if you look at yoga poses, pilates stretches, and general fitness stretching the poses are all the same, just with different names.

If you do any form of isometric exercise you are doing some type of yoga pose; there are only so many ways the muscles of the human body can move and benefit from stretching. This book gives you a great visual understanding of what muscles are getting worked when you do a yoga pose.

In fact, the Hindu religious tradition yoga we are warned about isn’t where these poses we now call yoga originated.

When you dig into the history of yoga as we practice it today, it becomes clear rather quickly that it really started as a Danish exercise program called Primitive Gymnastics.

In the 1920s these Danish gymnastic exercises were adapted by spiritualists in India to fit with their cultural traditions to better engage their communities.

Yoga in the west did originally have a much greater focus on spiritual practices but it actually did not focus on the poses and instead was a breath and meditation practice.

It wasn’t until the 1930s and later that the poses came to the west and by that point were the poses that had already been appropriated from Danish Primitive Gymnastics. (My guess is yoga was a catchier term.)

The yoga poses in western yoga today are so far removed from original Hindu yoga practice, that even secular yoga instructors have had crisis of faith as they’ve learned the history of yoga and how separate the western yoga practice is from the spirituality they are seeking.

Meditation is used in a variety of religions including Christianity. The issue is not meditation but what is there to fill you. Jesus taught in Matthew 12:43-45 that simply cleaning out evil spirits does not benefit a person unless they are then filled with the Holy Spirit. Because that evil spirit will just come back with seven more.

As Christians, we do not have to fear meditation and even the practice of emptying our minds because we know the Holy Spirit still fills us.

Another aspect of meditation is the focusing on a single word or phrase. This is actually taught throughout scripture, as we are to meditate on God’s words and His great deeds.

If anything as Christians we probably need to get better at meditative prayer and calming our minds by focusing on scripture.

As said above, namaste means, “I bow to the divine in you”; and in Hindu thought that does mean a pantheistic view that each of us are god. While we could just throw out this greeting entirely, we also could take a redeemed posture.

As humans we are each image bearers of God. Instead of allowing namaste to be a statement of pantheism, we can recognize the true sentiment of honoring others as being created in the image of God.

After all, that is the purpose of this greeting in yoga classes, to honor one another.

A Different Kind of Spirit

The kundalini spirit is supposedly a serpent that sits coiled at the base of the spine and interacts with the chakras. It’s mentioned in the Hidu Upanishads, though the kundalini awakenings practiced today are a more modern development.

The goal of a kundalini awaking it to have that spirit uncoil and rise through the chakras giving the participant a euphoric experience that opens their minds and awakens them to new spiritual realities.

Pursuing this type of awakening is not something passively done in a yoga class. It’s very intentional and is something that would be advertised.

Obviously as Christians we should want nothing to do with kundalini spirits or awakenings. Yoga classes that involve engaging a kundalini spirit or attempting to awaken it should be avoided and it definitely doesn’t hurt to do some brushing off inner healing and deliverance prayer if you feel some ick after a class.

There are some very real reports of non-Christians experiencing psychotic breaks after attempting or achieving a kundalini awakening. Enough that even those in the New Age crowd are typically cautious of kundalini awakening and advise only pursuing it with a trained guide.

The dangers of psychosis are real enough that you should warn non-Christian friends to be cautious even without the faith argument. 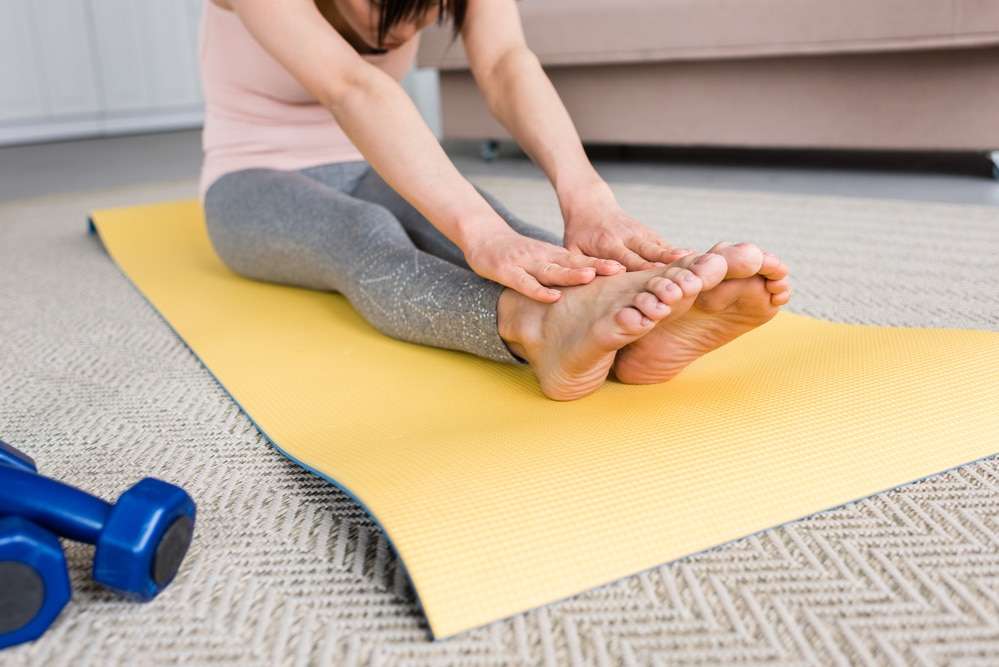 While yoga at your local gym is likely free from most religious connotations, there is the real issue that many yogis are trained in Ashrams and brought under a Hindu and sometimes New Age way of thinking. Even though this is true, we do not need to be afraid, but rather aware of the influences that a yoga class we attend might have.

In fact we probably should be bringing that same level of awareness to the doctors, fitness trainers, and other healing professionals we bring ourselves under instead of reserving that spiritual awareness only for yoga.

Most Hatha, Vinyasa/Power, and restorative yoga classes will not have many religious overtones at all. The instructor may use the Hindu names for poses but that’s about it.

Some types of yoga like Jivamukti, Kriya, Sahaja, or Kundalini specifically focus on incorporating Hindu spiritualism. You can always ask an instructor before attending a class what types of yoga they use.

Or if you’re wanting the benefits of isometric exercise (aka Danish Primitive Gymnastics) without calling it yoga then check out a pilates or barre class. Pilates incorporates many of the same stretches and movements but has a history firmly planted in ballet conditioning and got its start in New York.

Again, I’m not encouraging you to go to a class that you feel out of bounds for you spiritually, but if you take yourself through yoga poses at home, you’re entirely in control of the intentions. Christian yoga is not an oxymoron.

Many Christians will practice yoga as a part of their morning devotions, playing some worship music and praying as they stretch. My hope is that you won’t get hung up on the term yoga and can reap the benefits of isometric exercise whatever you decide to call it.

Getting Trained in Christian Yoga

If you are considering training to be a yoga instructor you do not need to be afraid of the secular training options; but you do need to be mindful of what you are being taught and process it through a redeemed mindset.

There also is a Christian training program, called Yoga Faith, which is approved for Yoga Alliance Accreditation meaning that you could work in settings that require such certification.

Holy Yoga also provides certification from a Christian perspective but they are no longer accredited by the Yoga Alliance meaning that you may have difficulty finding gyms and studios to work in. 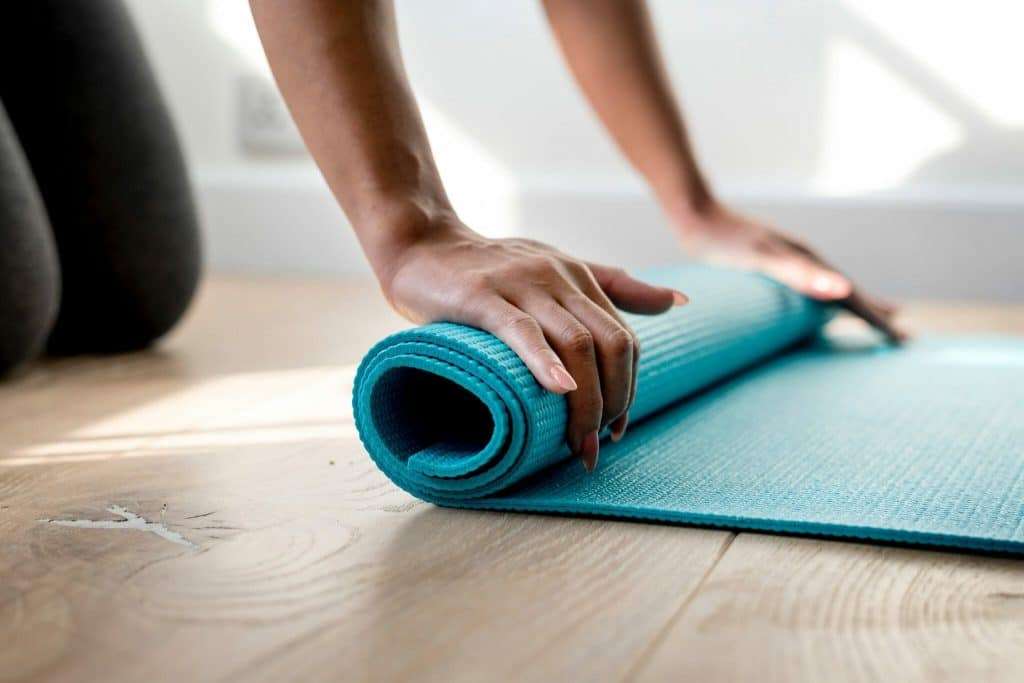 Mark 7:15 “It’s not what goes into your body that defiles you; you are defiled by what comes from your heart.” You are not going to have an issue with yoga tempting you to Hinduism or New Age if you are already filled with the Holy Spirit and pursuing relationship with Him.

The stories of people led into New Age by yoga or getting freedom from repenting of yoga are certainly valid experiences, but those stories are almost always about people who had New Age, demonic, or occultic experiences before becoming Christians.

Yoga might be a correlated experience, however, correlation does not equal causation. 1 John 4:4 tells us that, “He who is in us is greater than he who is in the world.” So we are in the power position here. We do not need to be weak and afraid.

If our mission as Christians is to carry the Kingdom of God into the whole world, we need to stop hiding from the world.

How many yoga classes need to hear the love of Jesus? And how many of them are going to hear that love if we don’t go?

While we don’t want to be foolish about spiritual boundaries, what if we are actually missing out on good things God has for us because we let the world attach their views to it first?

What if instead of running around warning people about yoga, we went around loving them and showing them how free life with the Holy Spirit can be? 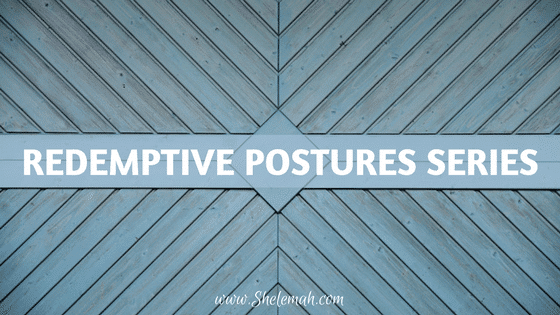 This post is part of the Redemptive Postures series. The heart of redemptive postures is that God created everything and said it was good. Redemptive postures looks at various health and wellness topics that Christians have concerns about and seeks to find what if any of those topics can be brought back to the good God originally intended for them. Click here to read the rest of the series. Subscribe below to join the Shelemah tribe and have new posts emailed to you. You’ll also get exclusive access to the free resource library.

Scroll to Top
824shares
824shares
We use cookies to ensure that we give you the best experience on our website. If you continue to use this site you are consenting to the use of cookies. OkRead more