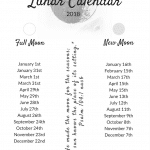 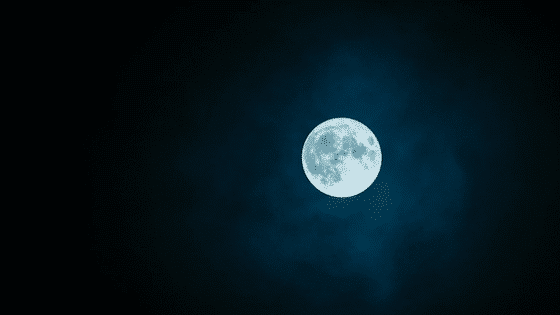 Yesterday’s solar eclipse had us focusing our sights on the skies, but we don’t have to wait for rare events like eclipses to be wowed by the heavenly bodies.

The moon has a lot to say every month as it marks out seasons for those that pay attention. We really miss out on a lot when we ignore the lunar calendar. Most of the planet now follows the solar based Gregorian calendar but centuries ago the lunar calendar was actually the standard most civilizations used.

One well known lunar calendar is the Hebrew calendar that is still used in Jewish culture today.

I became more interested in the lunar calendar when I signed up for the Times and Seasons monthly box from Freedom Flowers which follows the Hebrew calendar. As I paid more attention to the lunar calendar with my box subscription, I began to notice that there were patterns in nature, emotions, spiritual activity, and social behavior that seemed to coincide with the new moon and full moon.

Christian Concerns about the Lunar Calendar 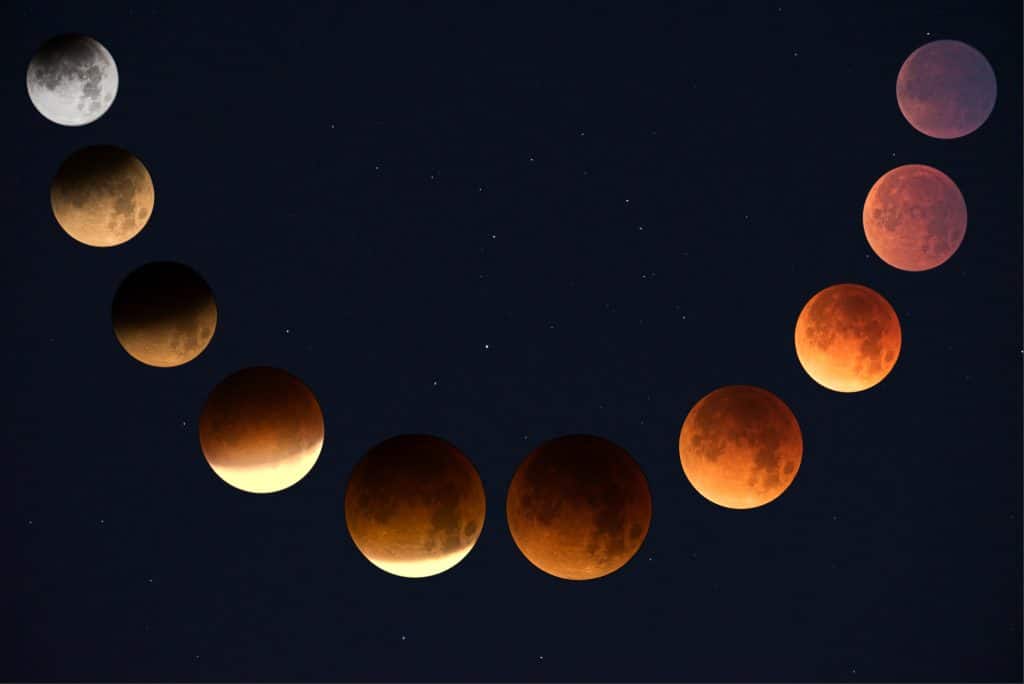 One of the reasons many Christians have reluctancy about paying any attention to the moon is  the way mythology, wicca, and occultic practices attribute feminine deity to the moon and perform rituals in conjunction with the lunar cycle.

Some ancient civilizations worshipped a sun god, but that hasn’t stopped us from appreciating sunsets and sunrises and noting how certain colors at sunset can provide weather forecast information.

For women one of the most fascinating aspects of the lunar calendar is how it coincides with our menstrual cycle.

The lunar calendar and the menstrual cycle are both typically 28 days and women will typically ovulate around the full moon and menstruate around the new moon. Which is likely why so many cultures have attributed feminine qualities to the moon.

It’s not easily noticeable but gravity also shifts slightly through the lunar cycle, and some say that this is why having a cycle that is synced up with the moon can actually lead to less painful menstruation. 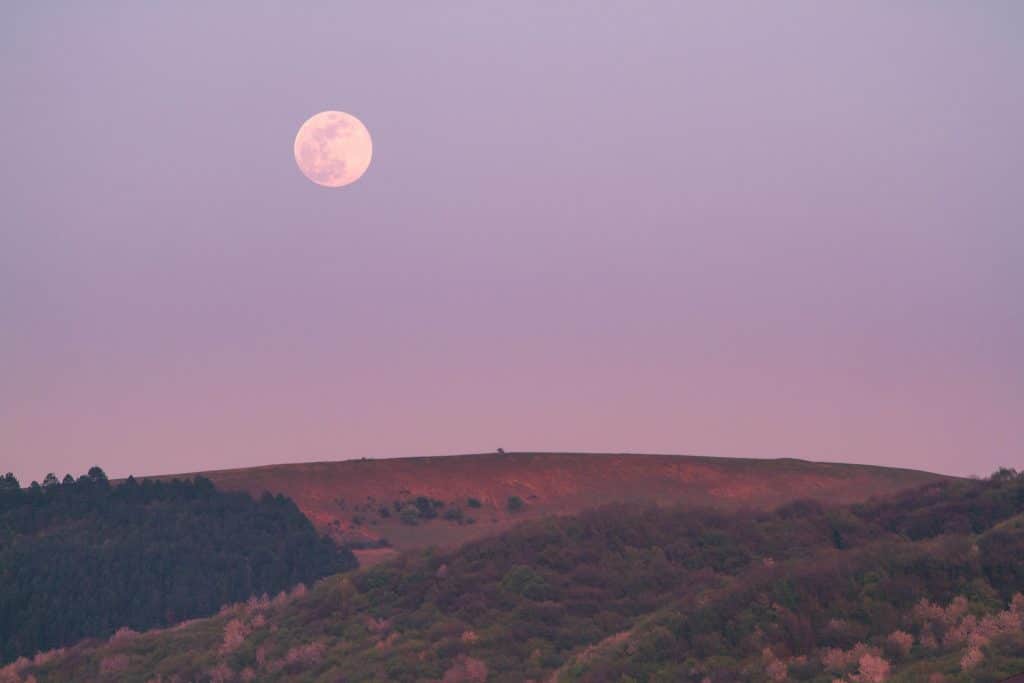 Gardeners and farmers have also found appreciation for the lunar cycle and the subtle gravitational shifts. There are guides for planting by the moon that recommend starting seeds with the new moon when moisture content is highest at the surface of the soil and the moon light is beginning to increase every night.

Must be a Full Moon

Social behavior and emotions also seem to be affected by the lunar cycle: words like lunatic reference the rather odd behaviors that seem to coincide with the lunar calendar, the full moon especially.

Old wives tales about babies being born on full moons. Folklore about werewolves and other creatures that are affected by the moon. Police and hospital staff that note an increase in bizarre events during the full moon. Phrases like “once in a blue moon” that suggest the moon is a sign of seasons and rare occurrences.

The research done on this full moon affect does not seem to support these observations and folklore. One plausible theory to explain the lunar effect looks at the timing of lion attacks on humans and how there may be a survival instinct in us at a primal level that was passed down from our ancestors experiences.

Regardless if the science backs it up, it is still interesting to note how there seems to be an ebb and flow throughout the month when you really pay attention to it. My personal theory is that there are spiritual effects of the lunar cycle that scientists haven’t thought to study or don’t know how to study.

So why should we care about the moon and the lunar cycle? 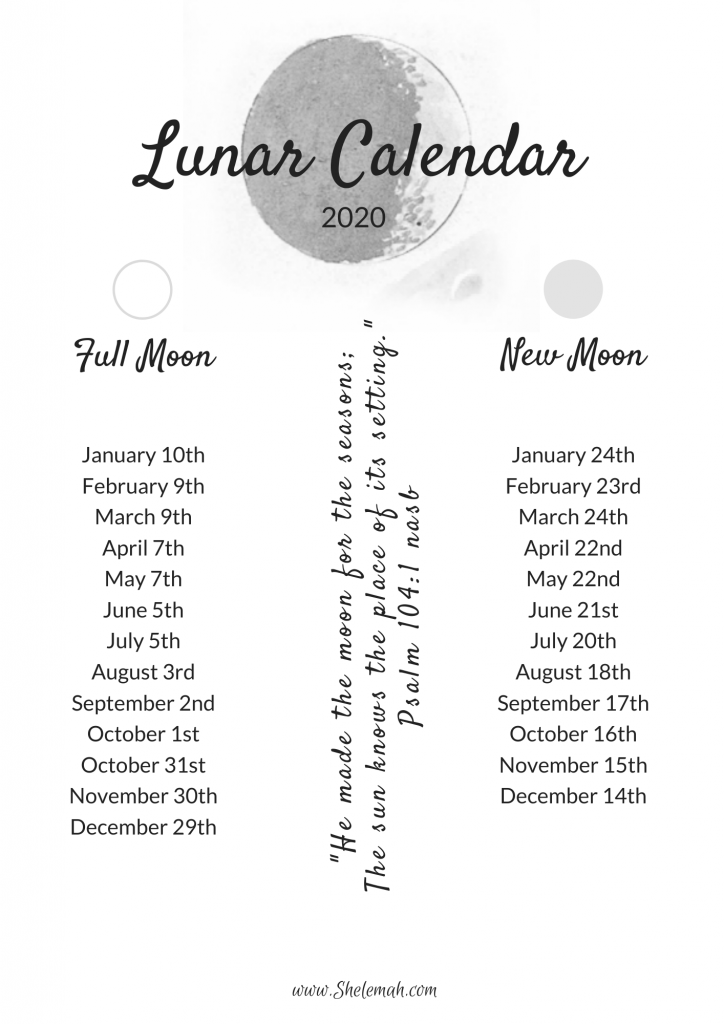 God gave us the sun and the moon to signify seasons and signs that He wants to communicate to us. Society has been pretty good about continuing to pay attention to the sun, but we’ve often neglected the moon and what it has to say about the glory God is revealing to us. The moon reflects the light of the sun as we are called to reflect the Light of the World.

One interesting thing about the sun and the moon is that Genesis says they were created on the fourth day…three days after God created light.

One astrophysics study actually found that of all the known light sources in the universe and all the measurable light, there is 400% more light than there should be from those sources, suggesting there is another source unknown to science currently.

Israel knew the importance of the lunar calendar and set up feasts according to God’s direction to mark the new moons. And lunar events are described throughout scripture as being signs of what God is doing.

Some historians argue that the observance of looking for the new moon was an act of worship; explaining that the ancient Israel definition of the “new moon” was actually the first sliver of a waxing crescent moon that is seen after what we consider a new moon when the moon is hidden by the earth’s shadow.

Other’s say that the full moon is actually what Biblically is referred to as the new moon; and that our lack of connection to this method of counting time has left us disconnected from what God is trying to reveal to us through the luminaries. 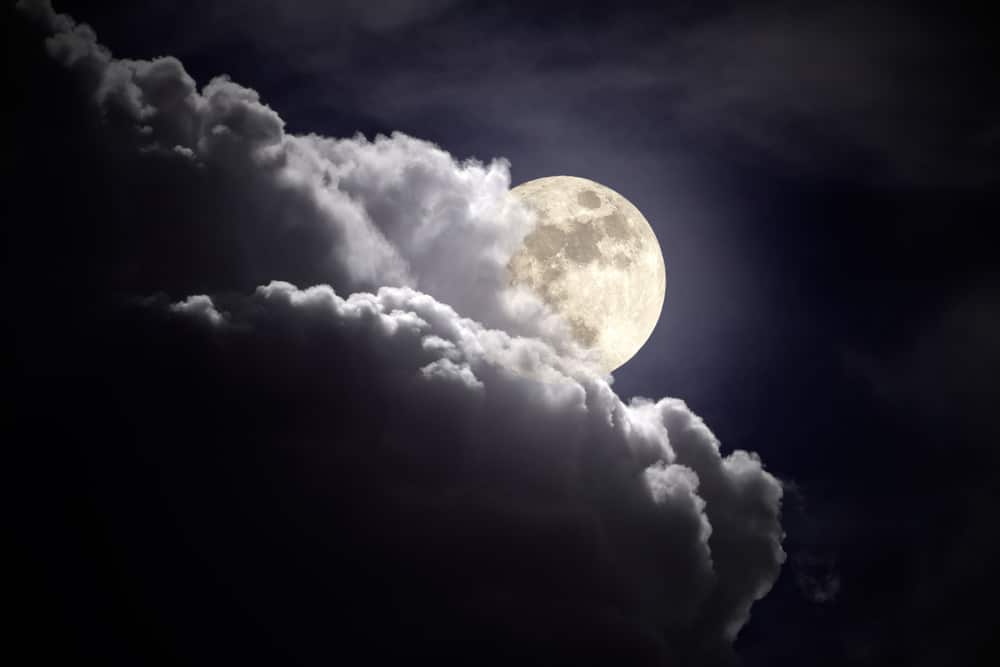 Regardless of when the new moon actually occurs, what is clear is that we are missing out on the beautiful rhythm God set up with the lunar cycle. The switch from a lunar calendar to a solar calendar stripped us of a sense of season.

When we pay attention to the lunar calendar we are reconnected with a sense of season and the passage of time the way the world naturally experiences it.

Our solar calendar makes it easier for modern society to be organized, but in our artificial organization we have lost touch with one of the ways God wants to communicate with us.

Since paying attention to the lunar calendar I have found a new sense of peace in the passage of time instead of the anxiety that often comes with the changing months, and feeling like there’s never enough time. I’ve also noticed rhythms in my spiritual life and what God is working on with me in that season that I had never noticed before.

Try taking note of the lunar calendar in your journal and see what patterns you begin to notice in your spiritual life. When you join the Shelemah Tribe you’ll get access to the free resource library including a printable lunar calendar.

The Jewish New Year starts on September 21st with the 1st of Tishrei and is a great time to begin following the lunar cycle.

This post is the eighth in a monthly series. The heart of redemptive postures is that God created everything and said it was good.

Redemptive postures looks at various health and wellness topics that Christians have concerns about and seeks to find what if any of those topics can be brought back to the good God originally intended for them.

Click here to read the rest of the series. Subscribe below to join the Shelemah tribe and have new posts in the series emailed to you. You’ll also get exclusive access to the free resource library.