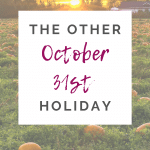 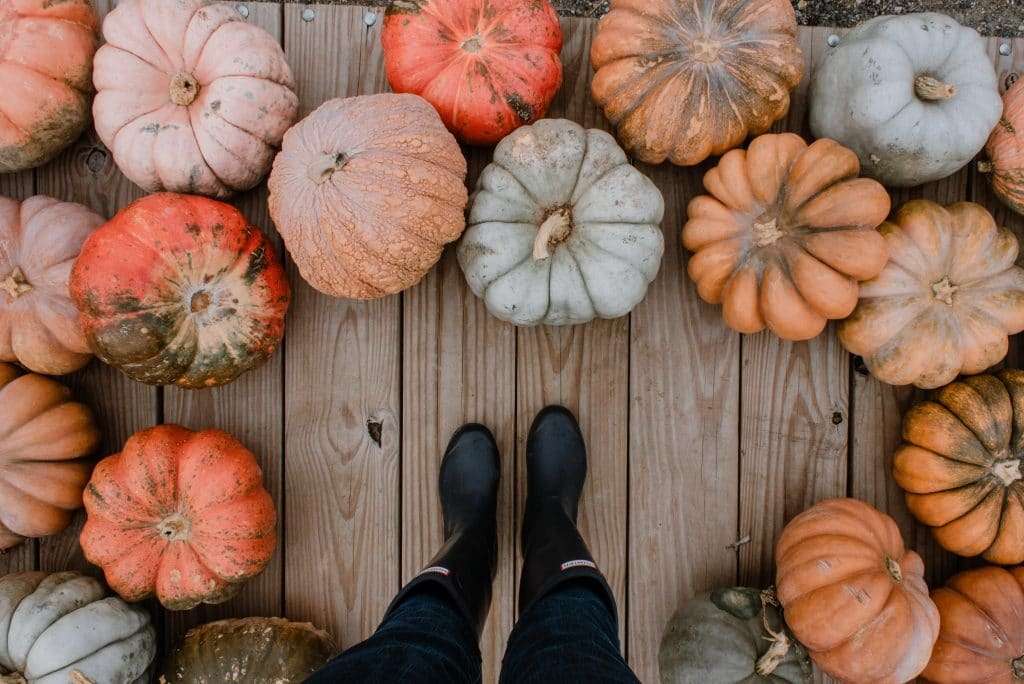 500 years ago October 31st took on a new meaning. Reformation Day, the day on which Martin Luther nailed his 95 Theses to the door of All Saints Church in Wittenberg, Germany, forever changed the course of history.

In Luther’s day the church had drifted into a false doctrine of indulgences and a works based gospel. It was no coincidence that Luther chose October 31st to post his theses. Christians had become increasingly fearful of the afterlife and All Hallows Eve was a holiday commemorating the dead.

The message from Martin Luther was that there is no fear in death. We can be certain of our eternity and not fearful of a purgatory where we learn our salvation was not as secure as we had thought. 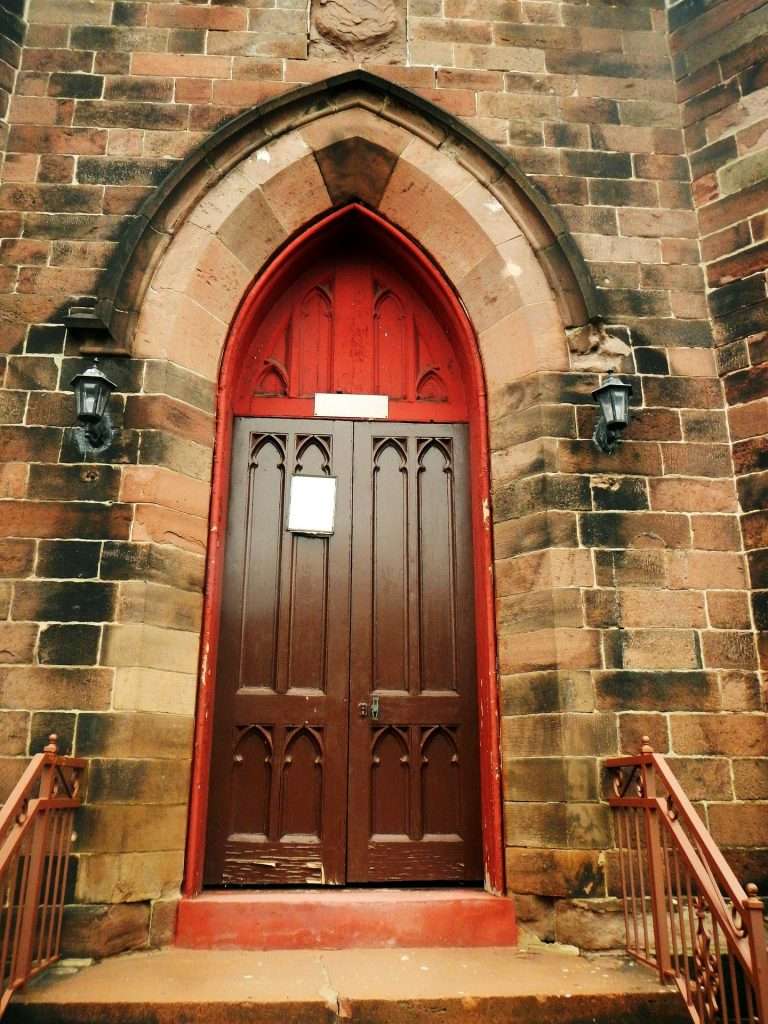 Somehow though, since that fateful Reformation day, the church has largely fallen back into fear and a powerless position. Few celebrate October 31st as Reformation Day, many see this as the darkest point of the year where darkness has the power. Instead of wringing our hands over if it’s sinful to dress up and eat candy, we could all benefit from this perspective from one Instagrammer:

I’m a Christian. Do you have any idea what that means historically? It means I redefine everything in culture.

Pagan Celtic Festival involving dressing up and warding off evil spirits? Oh now it’s All Saints Day and we celebrate the VICTORIOUS CHURCH THAT HAS OVERCOME BY THE BLOOD OF THE LAMB!!!

Halloween is now my holiday and I’m claiming all candy for the glory of God and the celebration of the Saints.

What now? I’ll dress up however I like! My favorite characters, pop culture stuff, whatever. It’s my party and you’re invited.

I’m alive today and a Saint tomorrow. Give me candy.” 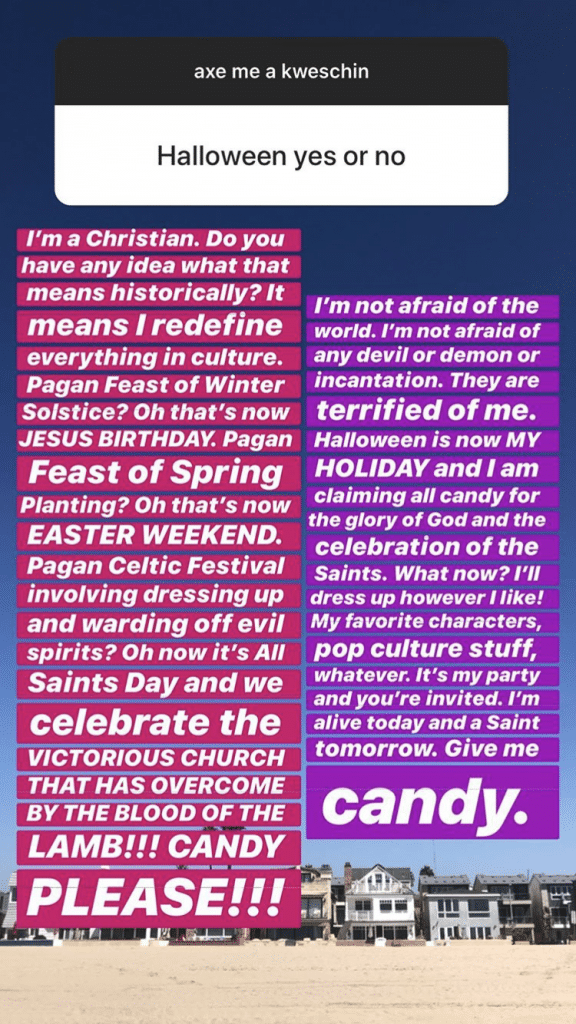 Fear of the End Times

Much like Martin Luther’s day and the fear of purgatory, Christians today have become increasingly fearful of the end times, tribulation, and rapture. Some churches even set up end time houses of horror as an evangelistic attempt at Halloween.

What should be the great joy and hope of the church, Christ’s return, has somehow become our worst nightmare.

While I won’t argue fine points about pre-mid-post trib, pre- or a- millenialism, I do recommend a second look at Revelation through fresh eyes.

The Passion Translation is a literal translation that preserves cultural context and meaning, much like the NASB or HCSB. Where it is different than previous translations though, is in its victorious view of Revelation. Seeing it as an unveiling of the glory of Christ, rather than a warning of terror to come.

From the Passion Translation introduction to Revelation:

Revelation is the unique deposit of the fullness of every truth in the Scriptures wrapped up in the person and glory of Jesus Christ. Genesis is the book of beginnings. Revelation is the book of consummation. All things are made new as we are given a new name (nature), a new song (message), a New Jerusalem (a realm of union with God), a new heaven (government), and a new earth (order, expression). The Bible ends with the passing away of all that is old and the establishment of all that is new.” 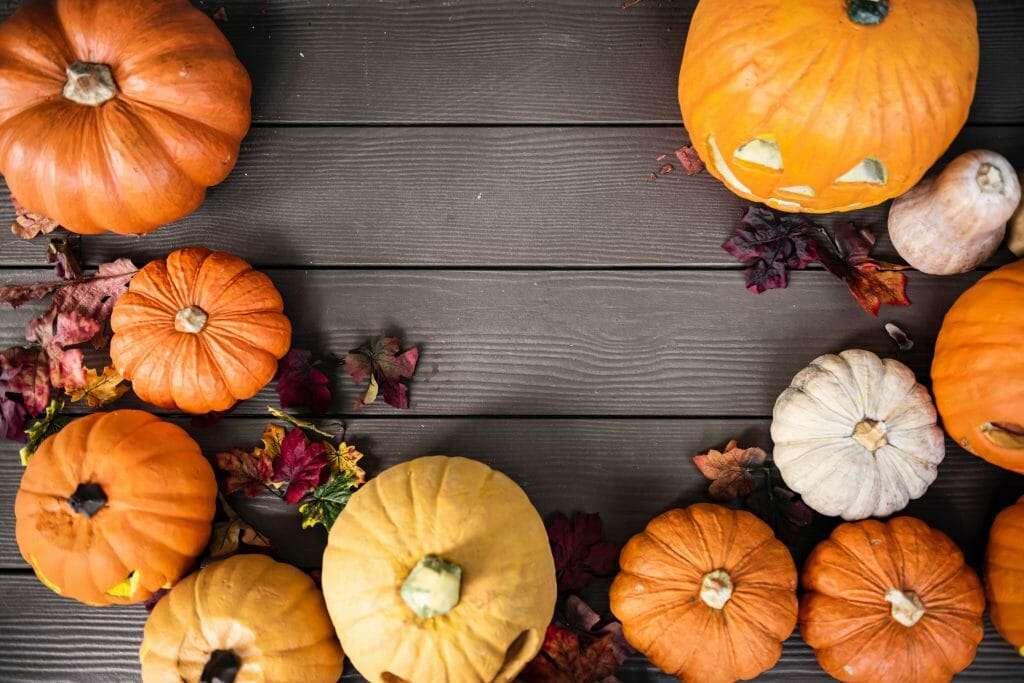 The devil is not mentioned in the first two or last two chapters of scripture (I’ll wait while you go check). Both the world’s beginning and consummation is full of life and victory. But as C.S. Lewis noted in Screwtape Letters,

There are two equal and opposite errors into which our race can fall about the devils. One is to disbelieve in their existence. The other is to believe, and to feel an excessive and unhealthy interest in them. They themselves are equally pleased by both errors and hail a materialist or a magician with the same delight.”

What Halloween, the church in Martin Luther’s day, and end times theology today all have in common is an excessive focus on the devil and what he is up to.

What I love about the Passion Translation is that places the focus back on what God is doing. It doesn’t ignore biblical mention of evil, or paint a universalist cop-out that rejects our need of the Savior. It just continually points us back to Christ and the centrality of His victory throughout scripture.

The Impact of One Translation

In 1909 a man named Scofield released a new study Bible that he had distributed to graduating seminary students.

While the translation of this Bible was the standard King James, the commentary printed throughout it was written by Scoefield based on the teachings of John Nelson Darby. What sounds like a boring history lesson actually shifted the entire paradigm of the American church. 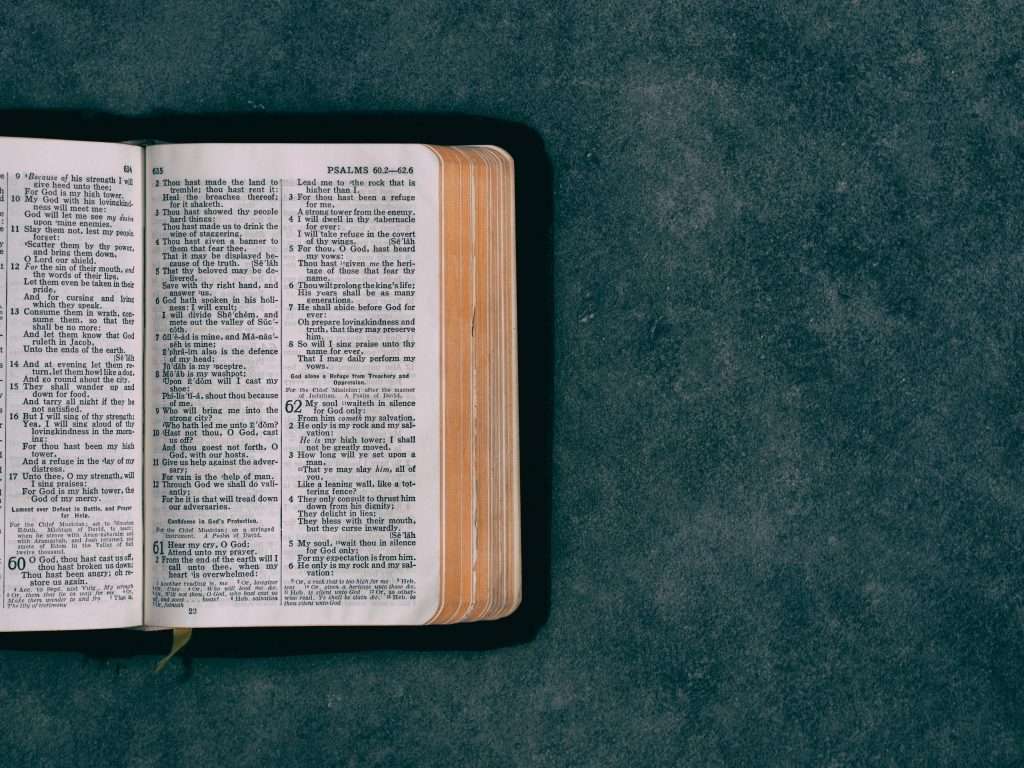 Up until the Scoefield Reference Bible, “most Christians believed that the world will be evangelized before Jesus returns, and the glory of God will fill the earth as the waters cover the sea, and God’s Kingdom will continue to increase – and once “all his enemies are a footstool for his feet” (1 Corinthians 15:25) then Christ will return” (Victorious Eschatology).

This shift to dispensationalism and a fearful eschatology was a radical departure from all of standard Christian belief up until that time, and yet it has marred the foundational eschatology of most American Christians for the past 100 years.

While most of Evangelical Christendom has rejected dispensationalism, they unknowingly hold to an eschatology introduced by its founder.

Fear is No Way to Live

You may be thinking eschatology isn’t that big a deal. It’s an open hand issue. We can’t know for sure so why bother with it? But what we believe about the future has a profound effect on how we live in the present.

If we are afraid of future persecution, trial, and tribulation, we live fearful lives of just hanging on till Jesus gets back. 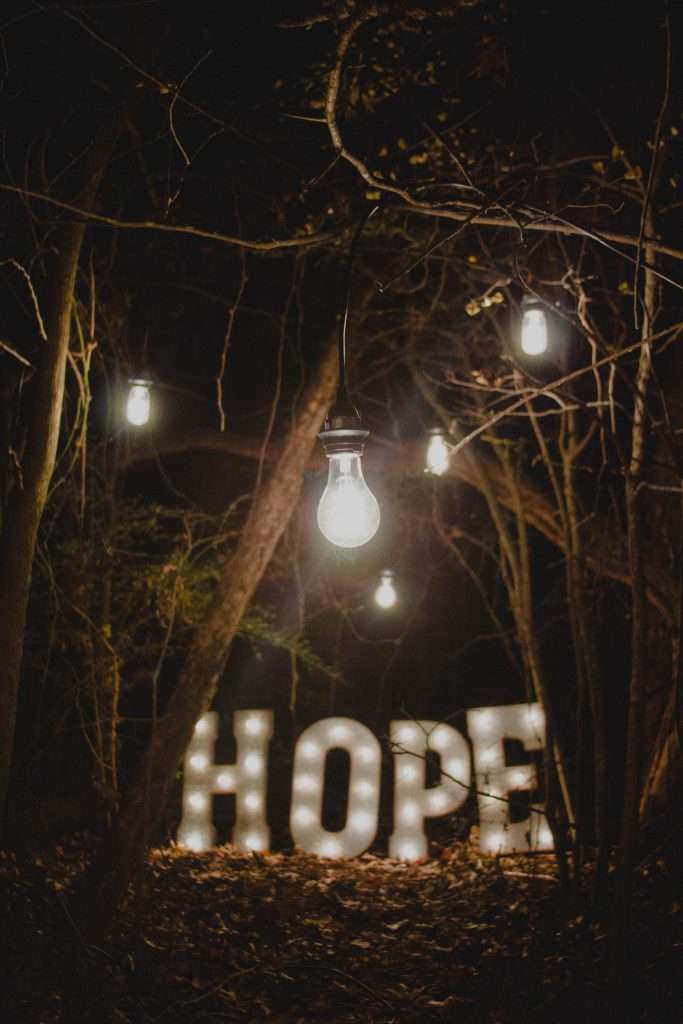 But, if we live out of belief in the already finished work of Christ, of His Kingdom forcefully advancing till it fills the whole world, that the battle is already won, that we take an active part in placing His enemies under His feet. Then we are empowered to be fearless in the face of whatever trials may come. And we actually carry confidence in the hope that we have.

Hope that is contagious to a world that has been fed fear, doom, and gloom.

Historically every generation since Christ ascended has believed that they would be living when Christ returned. While scripture does tell us to keep our lamps burning and be ready, this “any day now” belief combined with a fearful eschatology has paralyzed many believers.

In some extreme cases, ministries have even taught that Christians should not pursue college, marry, or have children because it all won’t matter in just a few years.

In The Seven Mountain Renaissance Johnny Enlow explains how shifting from a fearful eschatology to a victorious one frees us up to build for future generations. You don’t have hundred year plans for your church if deep down you believe the world will end in your lifetime.

Long range vision doesn’t reject the option of Christ returning tomorrow, but it does change our focus from surviving and just holding on, to building the Kingdom and creating an inheritance of faith for our children’s children.

Renaissance means rebirth and revival. There are many who believe the Church is on the brink of a new renaissance; a season of great worldwide revival unlike we have seen before and a rebirth of Kingdom solutions in society at large. Perhaps 100 years from now our grandchildren will look back at how another translation changed the course of American Christianity.

The Passion Translation is the first translation of the Bible I’m aware of that is influenced by a hopeful view of eschatology instead of the dispensationalist one presented by Darby. (If you know of others I would love to hear about them.) It has great potential to move us to more critical thinking about what we actually believe and how scripture supports those beliefs.

Another benefit of The Passion Translation is how it modernizes the language to be read more easily, without simplifying it to the point of being unrecognizable. You can see in these side by side comparisons that it doesn’t differ drastically in meaning from other translations. But it is easier to read, and more natural to how someone would speak today. 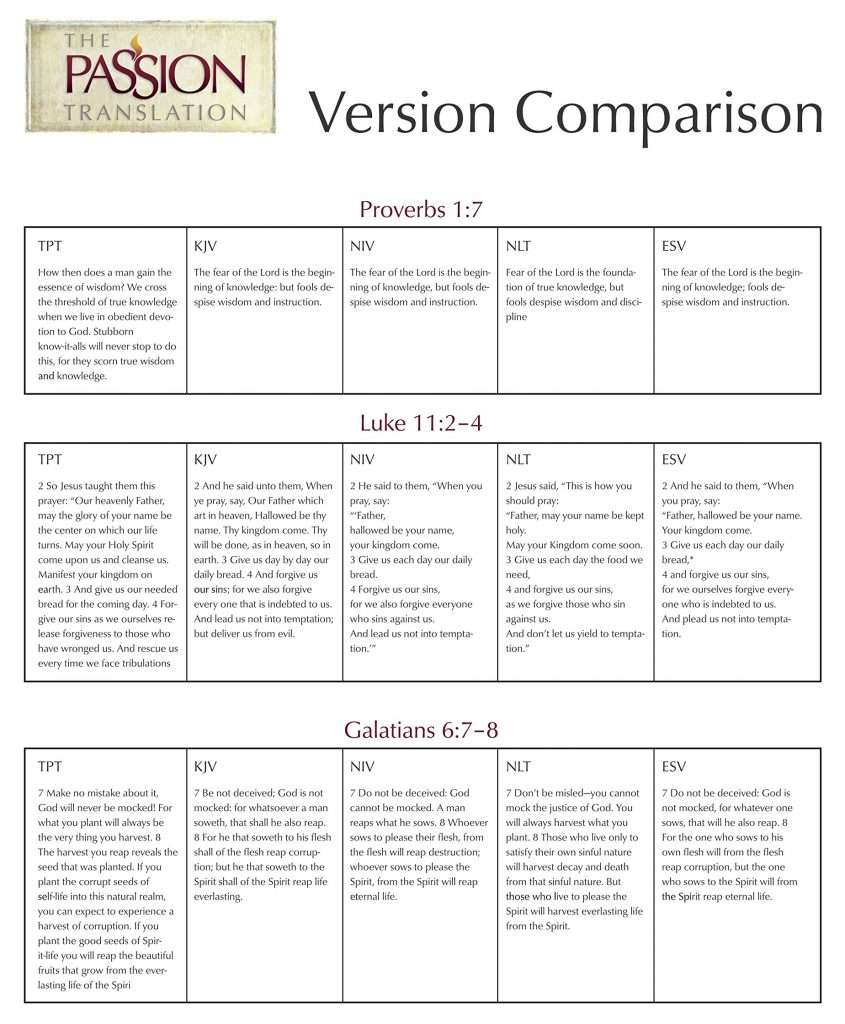 Much like Martin Luther made the Bible accessible to the general public by translating it into German; The Passion Translation makes the Bible more accessible to the modern reader and helps make the text fresh again to those that have memorized scripture so much they struggle to gain new insights from it.

In the spirit of Reformation Day, let your theology be challenged a little bit. Put aside the fear of Hallows Eve, and do some research into scripture to see what it reveals about the eschatology you believe. You may be surprised by what you find.

I highly recommend the Passion Translation for a fresh but accurate read of Revelation specifically. Other great resources on victorious eschatology are Jesus Wins: The End Times are Better than You Think by J.A. Hardgrave and Why You’ve been Duped into Believing the World is Getting Worse by J.D. King.

As well as the two books mentioned above, The Seven Mountain Renaissance by Johnny Enlow, and Victorious Eschatology by Harold Eberle and Martin Trench