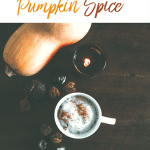 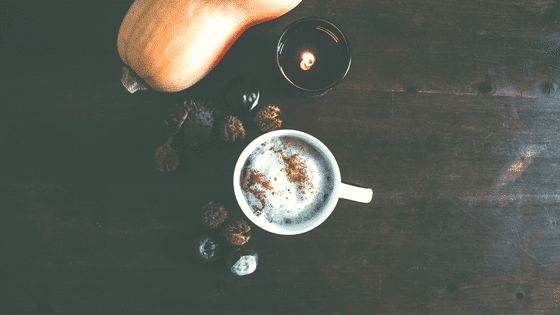 Autumn is upon us, which brings with it the ever polarizing pumpkin spice. Jo Saxton, ever full of wisdom, said it well:

Love it or hate it, our culture is certainly obsessed with pumpkin spice all the things and desperately in need of a pumpkintervention.

Whole articles have been written listing the various options available to us.

A whole new genre of pumpkin spice comedy has been born.

Grocery carts get filled with pumpkin all the things. Some girls start secretly counting down the days to the PSL as soon as the first slightly cooler day in August hits.

If any of this pumpkin obsession sounds like you, here it is, your pumpkintervention. 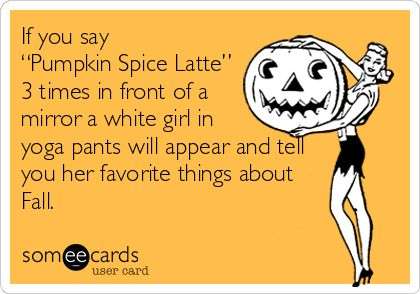 Do you know what spices are in pumpkin spice?

If you look up recipes for pumpkin pie the spices most commonly listed are cinnamon, nutmeg, and clove.

Even if we aren’t delusional enough to believe all our pumpkin spice flavored and scented delights actually have pumpkin in them, one would think such confections would at least contain the spices that make up this infamous pumpkin spice?

But alas, most of the pumpkin spice products out there contain no pumpkin or pumpkin spices. They contain a mixture of chemical flavor agents that are designed to taste like pumpkin and its famous spice mixture.

It’s really important for our health to avoid highly-processed foods, and pumpkin spice all the things is definitely the epitome of highly-processed culturally hyped up food like substances.

So what’s a girl to do when the PSL comes calling?

Whip up a homemade pumpkin pie, make some pumpkin muffins, or even some spice cake that just has the pumpkin spices in it.

If the PSL is really your thing, this recipe is a great real pumpkin alternative to your Starbucks PSL. 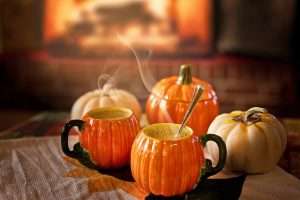 There’s nothing wrong with enjoying pumpkin spice, but make sure pumpkin and spice is what you actually are enjoying!

It took them till 2015, but Starbucks finally includes pumpkin as an ingredient in their PSL.

While homemade gives you greater control over ingredients, there are some companies offering pumpkin spice items that actually contain pumpkin and pumpkin spices.

This blog post may or may not have been written with the help of a Whole Foods organic pumpkin pie ice cream sandwich…which does actually contain pumpkin and pumpkin spices.

But really, “Oy with the pumpkins already!” Before you know it we’ll be obsessing over peppermint all the things. Which of course you’ll want to make sure actually contains real peppermint extract and not just flavor 🙂