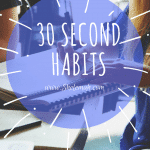 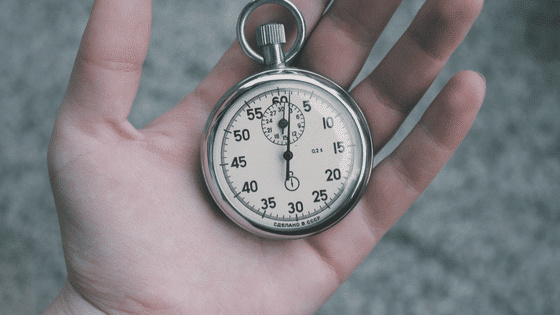 Yes, you read that right. 30 second habits. Not minutes, seconds. Building habits can be hard. We’ve all tried at one point or another to build a new habit, like eating more vegetables, exercising more, or having a daily prayer time. While our intentions were good and we may have had some strong motivation to build these new habits, we’ve all failed at making real changes.

The problem is not our good intentions or the habits we desire to create. The problem is in how we think about building habits. Trying to make even a 30 minute change is pretty huge in terms of our daily routines. Rather than thinking about setting aside 30 minutes a day to pray, exercise, or whatever we desire to do, we need to think in terms of 30 second habits.

30 second habits are the small action steps we take towards actually forming a habit that take 30 seconds or less to do. They work best when they are built into routines we already follow. For example:

Instead of, “I’m going to read for 30 minutes every night before I go to bed,”
A 30 second habit would be, “After I brush my teeth at night, I will pick up my book.”

As you think of the habits you wish to build and the 30 second habits that will get you there it helps to write out your script of “After I ____; I will _____.” Repeating these scripts to ourselves helps strengthen the habit and aids in building new neural pathways in our brains.

What 30 second habits do you need to build? And what larger lifestyle changes will they help you achieve?