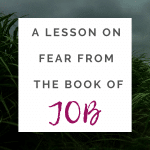 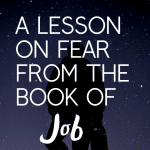 Today’s guest post from Michael C. King takes an interesting look at the book of Job. His interpretation may challenge what you currently believe about this book of the Bible, which is good.

It means you’ll have to reexamine the book of Job for yourself and really listen to what Holy Spirit is saying through it, not just what you’ve been raised to believe is the correct answer.

You may arrive back at the same conclusions you started with, but hopefully you’ll find some healing and freedom along the way.

Did God Allow Job to Be Oppressed or Attacked By Satan?

There is a common view in the Body of Christ that while God didn’t cause Job’s afflictions directly, He allowed them by not stepping in and stopping the attacks.

While the little we see of the heavenly meeting-room scene in Job 1 might suggest that God did exactly that, there is a LOT more to the whole Job situation than meets the eye.

Job 1:1 starts off with “In the land of Uz there lived a man whose name was Job. This man was blameless and upright; he feared God and shunned evil” (NIV).

This suggests that there was nothing the enemy should be able to do to afflict him. After all, it goes on to explain how he would make daily sacrifices for his family. Super upright for his day, right?

Try again. Job was incredibly bound by fear, and fear is one of the biggest enemy strongholds there is.

Job 1:5 explains that every single time Job’s adult children would have a party, he would then make them go through ritual cleansing and he would perform a series of ritual sacrifices on their behalf.

Why? On the off chance they might have cursed God silently in their hearts sometime during their revels. If that wasn’t sufficient, it seems Job had a lot more fear too.

Job 3:25 says, “What I feared has come upon me; what I dreaded has happened to me.” He apparently feared losing his family, his belongings, and his health because all of that already happened in Chapters 1 and 2, and in Chapter 3 he makes that statement.

God didn’t stop it, so He must have allowed it

People like to frequently make the argument that “God didn’t stop Satan” or “God allowed it”, but they seem to ignore two key points:

1) The first is that the ancient Jewish belief is that Satan worked for God, so that in afflicting Job he was actually performing God’s will. Jesus clarified for the Jewish people that Satan was an enemy of God and not working for him, but Job didn’t have that revelation.

2) The second is that Job created tons of openings in his life for demonic affliction due to easily-identified strongholds of fear. Job invited the affliction due to legal access via sowing and reaping of fear, and the enemy capitalized on that and wreaked havoc in his life.

To be clear though, having a door open that becomes a stronghold does not mean you are to blame. We often get so caught up in trying to figure out who is to blame for something that we totally miss the solutions to the problem. We are not victim-blaming Job. Job’s three friends already did plenty of exploring Job’s possible reasons to be blamed.

The Power of Choice

We like to think that God is somehow supposed to wave His cosmic arm and make all bad things go away when it conveniences us, and the rest of the time our choices somehow don’t matter. In reality, our choices are what dictate to the greatest degree the things that happen in our lives.

Certainly there are a number of factors that influence life events, but our choices, thoughts, and emotions are by and large the biggest contributors.

When people get up in arms about why God “allowed” Job’s affliction, I suppose one could make the argument that God allowed it by setting up spiritual laws that govern the cosmos that in any way at all made it so Satan could afflict the man, but that is a gross oversimplification of a LOT of things and ignores a number of other highly important issues, free will being one of them. 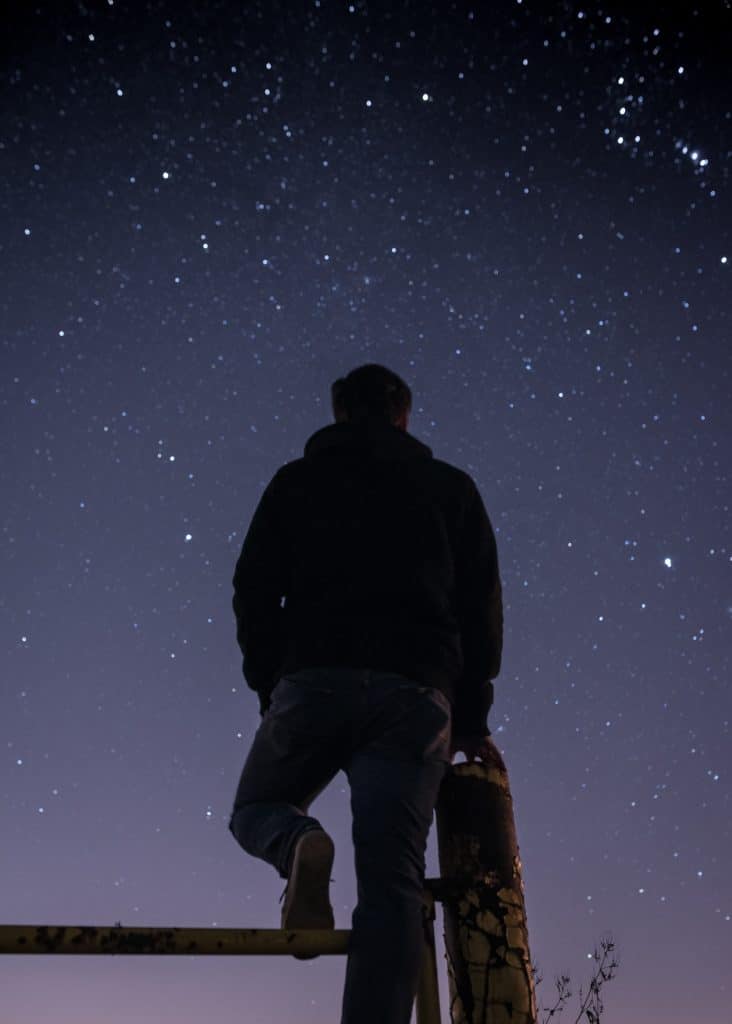 God didn’t make robots, so He also didn’t take total control over the lives and choices of angels, humans, or any other created beings, and neither we nor He would want it any other way anyway—except when it inconveniences us, that is.

Well, it just so happens that God doesn’t change cosmic laws willy-nilly based on our opinion that morning or based on whatever unfortunate thing happened that day.

Some people get offended over that fact, but it’s a fact. God cares incredibly much about each one of us, to the point that Jesus willing laid His life down to purchase total freedom from all demonic oppression for us.

God cares far more than we will ever realize. Do we really understand that Jesus literally walked headlong into situations that he knew were going to cause him intense trauma and pain, and then continued to walk through those situations when at any second he could have said a single word and stopped the whole thing?

He underwent possibly the worst torture a human can undergo, and to make it worse he knew that if he failed, then all of humanity for all time and eternity would be eternally lost.

He had the biggest threat in all creation pointed at his family’s head and knew that if He didn’t go through abject torture, then every single one of us would die eternally.

Can you imagine how hard that was for Him? I can only barely begin to touch on how He must have felt. But Hebrews 12 tells us that He did it because He knew it would be worth it eventually. 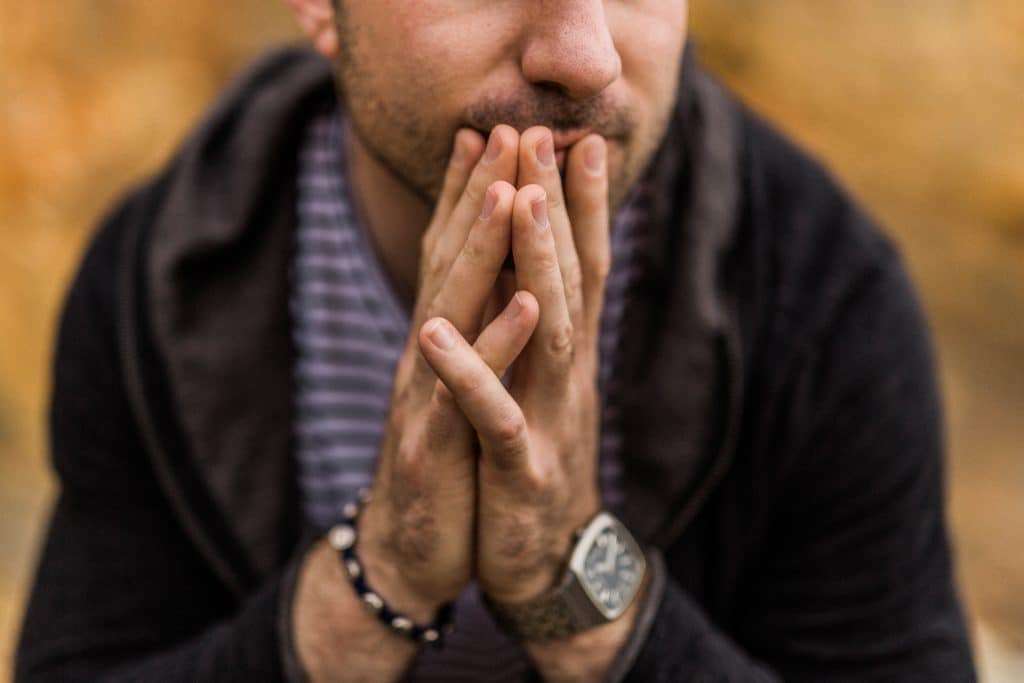 God didn’t afflict Job. He didn’t “allow” it. He didn’t “permit” it. Job’s fear worked with Satan to bring calamity upon him, and when all is said and done, Jesus is the one who stepped out of heaven to fix things.

Job never got any answers from God about the things that were happening to him, but the replies God gave to his questions put his fears in perspective. What reason could Job have to fear when the God of the universe, the uncreated one, is in control?

God restored double all that Job lost, and He continues to bring restoration in our lives as well because God is always, only, and ever good and about abundant life. But he did more than just restore Job’s physical possessions, he took Job from a legalistic place of doing all the right things and into a place of relating to God on the basis of His goodness.

Encouragement from the Book of Job

I find this revelation very encouraging. Everyone has problems that come up in life, but if we can see that God didn’t afflict Job, a man who experienced immense suffering and loss, then God isn’t going to afflict me either.

In fact, if I look at the life of Jesus, God didn’t sacrifice Jesus on the cross to subdue His wrath or sate His divine thirst for blood. Jesus said of himself that he laid his own life down and took it up again, and was working in partnership with our Heavenly Father to restore both us back to Him, and to restore all things that were lost.

Any time I run into an issue, I can trust that my Heavenly Father is not only on my side and not the source of my problems, but that He encourages me to run to Him for help. And when I do that, I can rest in the knowledge that He will help me. 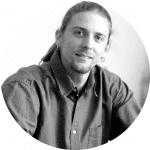 Michael C. King is a prolific writer by day and a Registered Nurse by night. He hungrily explores all things spiritual and has a love for signs, wonders, miracles, and strange phenomena. Michael is married to a beautiful wife who doubles as his editor. He is known by family and friends for his proficiency in the prophetic and in healing prayer.