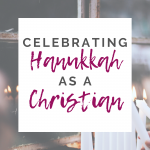 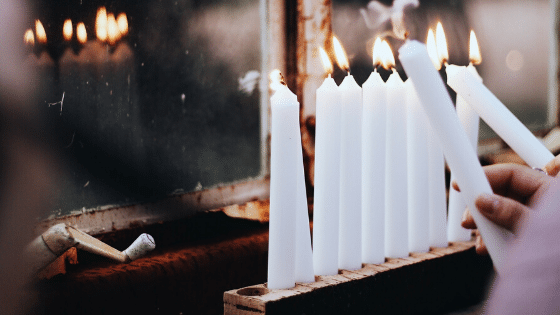 Hanukkah typically falls close to Christmas, sometimes as early as November, and sometimes lining up with Christmas Day. If you’re wondering if Christians should celebrate Hanukkah or if it’s just a Jewish version of Christmas, you can put aside the dreidels and the gelt as we dive deeper into the meaning behind this Festival of Lights.

At its core, Hanukkah is a celebration of the miraculous. In 168 B.C. Jerusalem was occupied by Syrians who desecrated the temple and set up idols of worship for Greek gods. The Jews came under extreme persecution, given the options of death or religious conversion.

The head priest at the time was Mattathias and his son Judah Maccabees became a leader among the Jewish people in resisting the Syrian army. The story of their revolt and the miracle of Hanukkah can be found in 1st and 2nd Maccabees, Apocryphal books that hold historical significance.

Despite extreme disadvantages, Judah Maccabees and his revolters were successful against the Syrians and after winning two major battles reclaimed control of the temple. After they removed the desecrations from the temple they wanted to rededicate the temple to YHWH as soon as possible, but there was one problem, they didn’t have enough oil to keep the lampstand burning, only enough for one night. 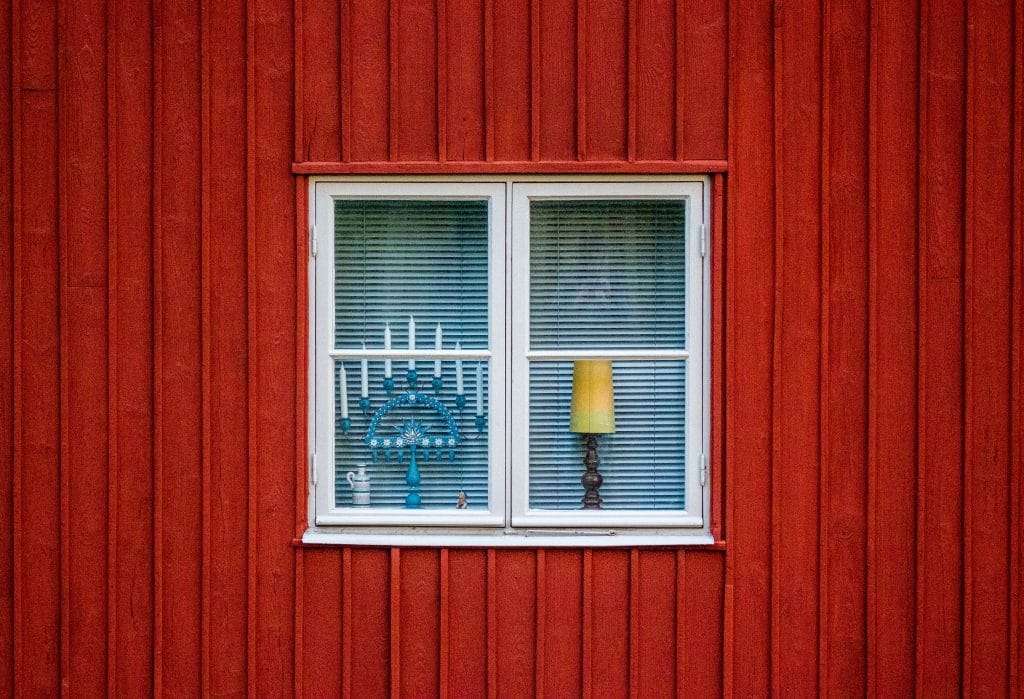 The rituals to purify oneself for making the oil took seven days and then an additional day to actually make the oil, they didn’t have enough, but God had commanded that the lampstand must always be burning.

Rather than dishonoring the process God had instructed them to follow, they took a leap of faith and lit the lampstand with the little purified oil they had. Miraculously the lampstand continued to burn for an additional seven nights, long enough for them to ritually purify themselves and make more purified oil.

The Jews in Maccabee’s day had not heard from God in hundreds of years. There had been no prophets, no miracles, and wouldn’t be for over another hundred years when Jesus came. Out of this 400 years of silence came a miracle of light, prophetically symbolizing The Light of the World yet to come.

In scripture we see it Hanukkah referred to in John 10:22 as the Feast of Dedication. Jesus celebrated Hanukkah though not the way we think of today with menorahs, dreidels, and gifts. In his day it was a celebration both of God’s miraculous provision and dedication of the temple.

In the new covenant we are the temple and this is a beautiful season to rededicate the whole of our lives to God as we thank him for the miracles we have seen in our own lives and partner with him expectantly for even greater miracles.

Though modern Hanukkah celebrations have evolved to include gifts, the readings and blessings used at Hanukkah are not a modern addition. These are the same readings Jesus did in celebrating the Feast of Dedication. 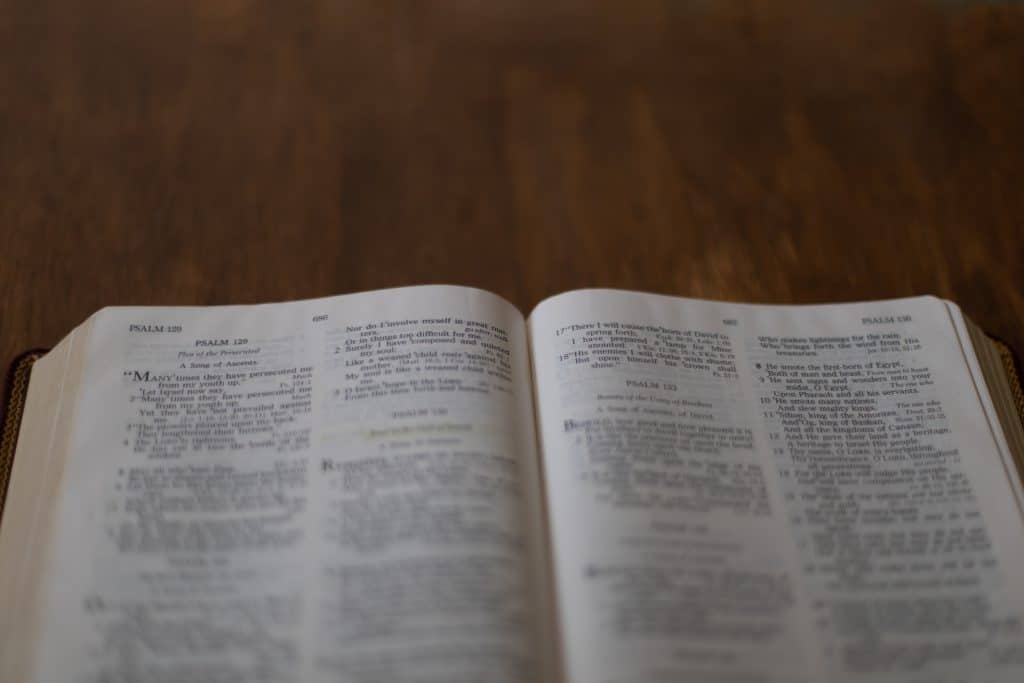 The schedule of Torah readings has been around for centuries and is why its so significant that when Jesus was handed the scroll in Luke 4 and he read Isaiah 61 declaring it was about himself, he hadn’t just chosen that reading, it was the scheduled reading for that day.

The Hanukkah readings are significant because the original tabernacle was dedicated on the 25th of the Hebrew month Kislev, the same date a thousand years later that the Maccabee priests found themselves rededicating the second temple. Centuries before Hanukkah existed, the reading schedule already had passages about the dedication of the tabernacle for this time.

Celebrating Hanukkah as a Christian

As Christians we can celebrate the miraculous provision of God, that when we honor him, he is faithful to honor us in return. In 2 Kings 4:1-7 we see another time that God miraculously multiplied oil. This time it wasn’t purified oil, but oil of provision for a widow and her sons.

Elisa told the woman to gather as many jars as she could find and pour the little oil she had into the jars, then to sell the oil to pay her debts and provide for her family.


The miracle of Hanukkah isn’t celebrated simply because of the multiplied oil, but because of the significance that oil held in the dedication of the temple.

We no longer go to a physical temple to meet with God, but instead we are his temple, as the Holy Spirit lives inside of us. The word Hanukkah means dedication, and this season is a wonderful time to renew our personal dedication to God as the Jews did in the first days of Hanukkah, ritually purifying themselves to make the oil. 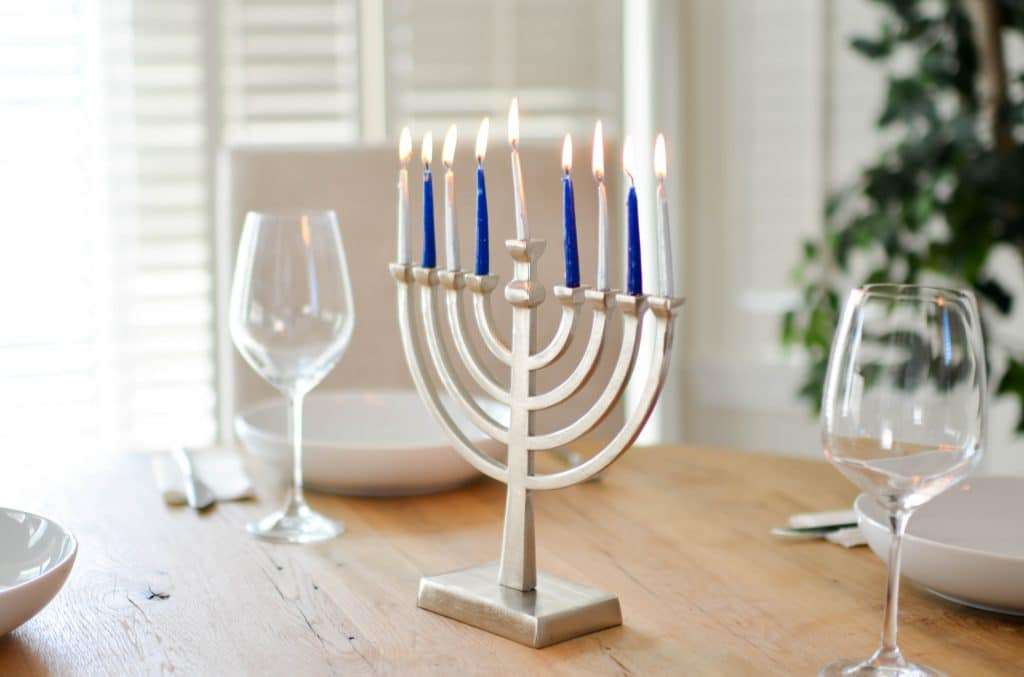 Some ways you can celebrate Hanukkah as a Christian

Light a candle each night

You don’t have to get a menorah, any candle you have to light is a great symbol of the miracle. You could even gather nine candles and make your own “menorah”, one candle for each night and one as your servant candle to light the others.

Read the traditional blessings and scripture

My book Miracles & Dedication (available in paperback and ebook) has blessings written from a Christian perspective, Christian and traditional Jewish scripture readings, questions for reflection, and a sample prayer to engage with the night. 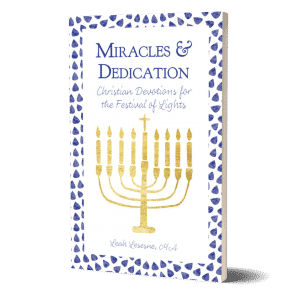 When it’s Not the Most Wonderful Time of the Year

Lies We Believe at Christmas